We Will Resort to the Use of Bees, Poisonous Snakes to Fight Bandits in Oyo State — Amotekun Boss 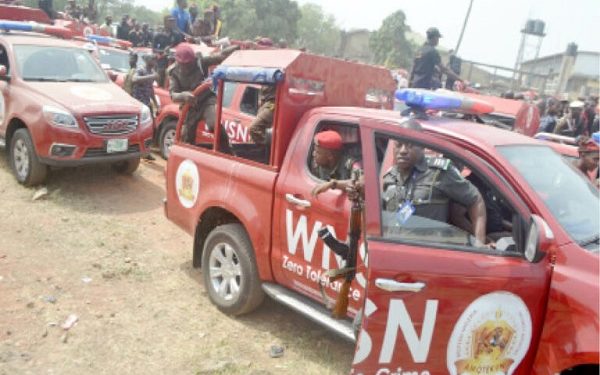 The Chairman of the Oyo State Western Nigerian Security Network also known as Amotekun, General Kunle Togun (retired) has pleaded with the Federal government to permit the organisation’s members to use standard weapons like the AK-47 and other firearms to combat banditry in the southwestern states.

The Amotekun Corps has threatened to unleash deadly snakes and bees to assault the robbers ravaging the state and surrounding areas.

Toyin made the call during a lecture at a special meeting of the Oke-Ogun Development Consultative Forum (ODCF) held over the weekend in Otu Township Hall, Otu, Itesiwaju Local Government area of the state.

He declared that Oyo State is the number one target of the foreign bandits because of the vast land space that is close to foreign borders and body of thick forest where they could hide and attack the people, especially in the Oke-Ogun region.

“During the COVID-19 global restriction, these people were allowed into Nigeria and every corner of the country they wished without hindrance, President Buhari is their backer and we all know.

“These people were coming to Oke-Ogun in trailers and some of our traditional rulers allowed this in their domains despite the fact that people took pictures and videos which they posted online, we will not stop talking about it.

“For us to maintain peace and keep these bandits away, we will resort to the use of bees and poisonous snakes. I have traveled as far as ‘Ibariba’ area to see great hunters on this, this can even change the perspective of warfare in the world, instead of physical weaponry, let us use wild animals for once”, Togun pleaded.