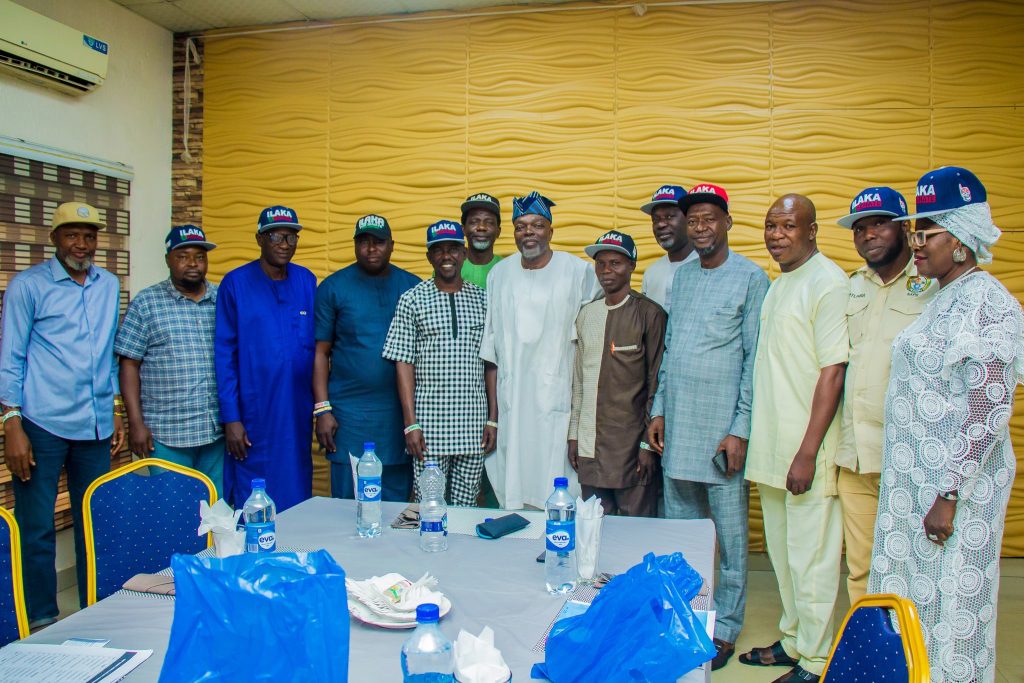 This was as the Ladilu of Oyo kingdom charged the newly Inaugurated campaign council to work assiduously with all interests and political stakeholders to ensure election success come 2023.

While acknowledging the political prowess and their strengths in grassroots mobilization, Ilaka, who is contesting the Senate for the fourth consecutive time however, harped on the need for members to ensure adequate conflict resolution mechanism at all times as they forge ahead on their collective assignment.

The Oyo Central Senatorial chairman, Alhaji Muftau Ogunremi, Alhaji Aderibigbe, Akeem Olatunji and others who gave separate brief remarks in his commended Ilaka for the composition of the campaign council assuring that the team will hit the ground running immediately.

Olatunji, who is the state publicity secretary of the ruling party in Oyo state described the campaign council as the winning team while maintaining that the calibre of politicians brought on board has for the first time affirmed pre-election victory for Chief Bisi Ilaka.