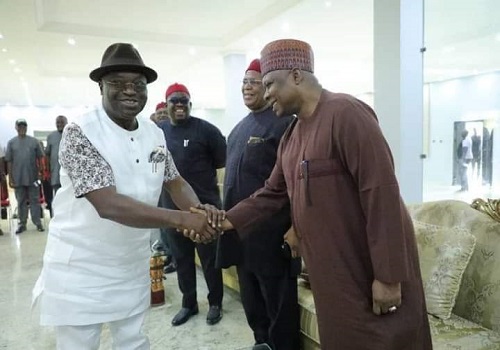 A delegation of the new leadership of the PDP Board of Trustees is in Umuahia for talks with Abia Governor Okezie Ikpeazu.

The Nation is yet to know the details of the meeting.

It was however gathered from a reliable source that it was part of a reconciliatory meeting by the PDP national leadership and some aggrieved stakeholders of the party, including Ikpeazu, Rivers Gov Nyesom Wike; Benue Gov Samuel Ortom; Oyo Gov Seyi Makinde and others.

The delegation was led by former Senate President and Acting Chairman of the BOT, Senator Adolphus Wabara.

They are meeting at the Umuobiakwa country home of the Governor in Obingwa local government area.