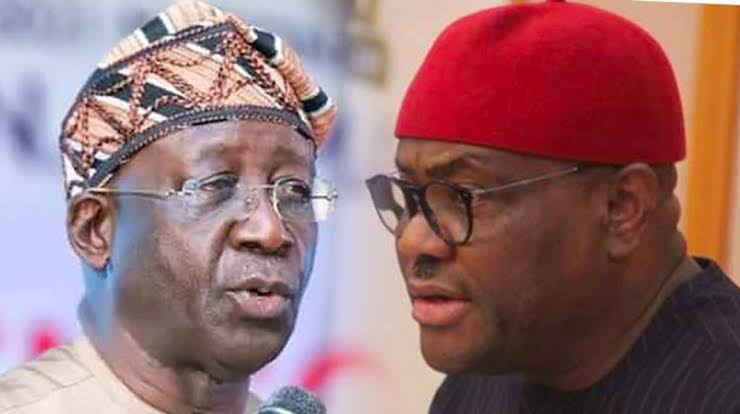 Following the crisis rocking the Peoples Democratic Party, PDP, and disagreement between the National Chairman of the party, Senator Iyorchia Ayu, and governor of Rivers state Nyesom Wike, the former has Tuesday revealed the reason presidential candidate of the party, Alhaji Atiku Abubakar, picked the governor of Delta state, Ifeanyi Okowa as his running mate over the later.

Speaking during the Northern Christian Youth Assembly Summit in Abuja, Ayu said Atiku, picked Okowa as his running mate above his Rivers counterpart, Nyesom Wike, because of humility and more excellent performance in office.

His words: “We looked around and we thought we have to give not just a vice president that will assist him (Atiku) but we did our homework to select a man who is highly educated, very humble, and who has done very well as a governor in his home state.

“Okowa is the most qualified running mate. It is on his own personal merit that he was selected by the party as the vice presidential candidate to Atiku Abubakar. I think Nigeria will be very lucky to have two such people who are committed to development who are detribalised who believe in uniting this country.”

Of recent, Ayu has been on the news over disagreement between him and the Wike.

Wike had faulted the emergence of Atiku as the presidential flag bearer, Iyorchia Ayu, Chairman of the party, and Sen. Walid Jibrin, chairman of the Board of Trustees, BoT, all from the northern part of the country.

Wike accused the party of violating the principles of equity, fairness and balance, noting that the laws guiding the party has been trampled upon.

He insisted that Ayu should honorably do the right thing (resign), and allow a southerner become the party’s chairman.

Addressing the issue, the chairman of the Board of Trustees, Sen. Walid Jibrin tendered his resignation letter, paving way for a former Senate President, Adolphus Wabara, (from South-East) to become the new BoT Chairman.

In view of that the National Executive Council of the Peoples Democratic Party, PDP, last week passed a vote of confidence in the National Chairman of the party, Senator Iyorchia Ayu.

Reacting to the above, Wike opined: “I was listening and watching, they said there is one man they call Secondus. They said he was dancing, celebrating that NEC gave their person vote of confidence. He forgets history.

“We don’t fight and go back. If you like you can have as many 20 votes of confidence, it’s not my business. My business is to make sure the right thing is done, and the right thing must be done. Whether today or tomorrow.

“I’m not going to play party with the interest of my people. Rivers State is paramount to me first before any other person or group. So, the eyes can see what we have done. Up till today, we have never abandoned governance.

“So many people are already rounding up, taking the last they have but yet, we are still committed in commissioning, and flagging off projects. Because of the love we have for our people, we will continue to serve you till May 29, when by the grace of God, Siminialaye Fubara will be inaugurated next governor of Rivers.”