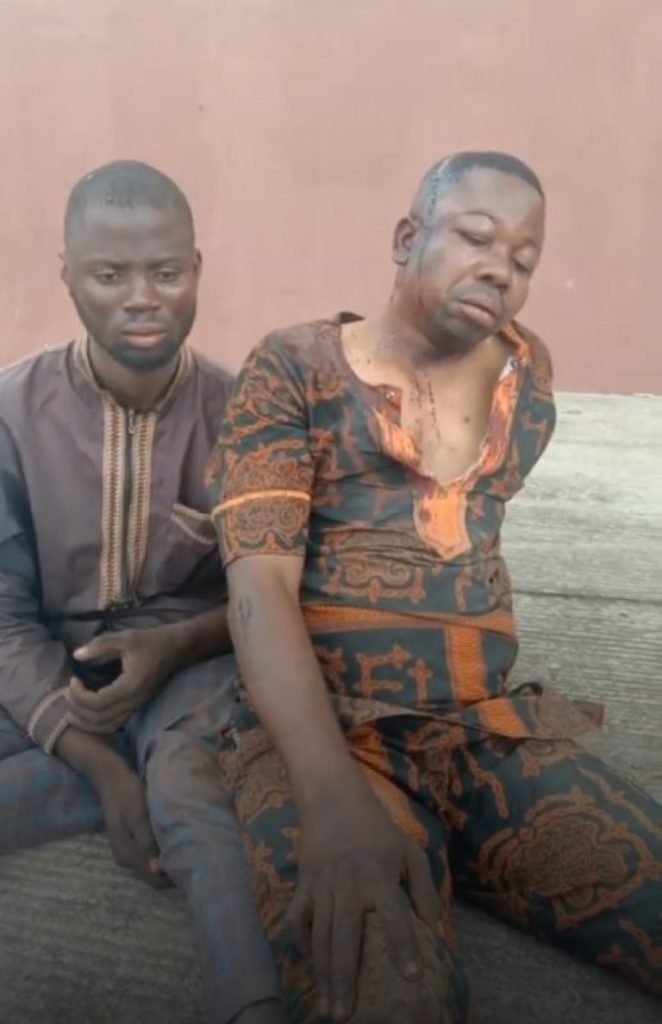 Operatives of the Western Nigeria Security Network codenamed Amotekun Corps have secured the arrest of two suspects who were found with human skulls in their possession in Oyo town.

The two men, one, an indigene of Laguna family in Oyo town, Ganiyu Maruf and his accomplice, Alfa Basiru Bashit of Abu Compound, Oyo; were almost lynched by residents of Ori-awo Yidi area, Oyo town and later arrested by men of the Amotekun Corps for bearing human skulls.

Maruf, a bricklayer said one Dauda ‘Baba Ato’, a carpenter had supplied them with the skulls.

He said the man had first refused him because he had first been arrested by SARS but he asked him to pay the sum of N50,000 for the skulls.

Maruf said not long after Dauda supplied them the skulls, he was arrested again by operatives of SARS, but was later released some weeks later after confessing his crimes.

According to his confession, he had escaped to the village but returned about two months later when he heard Baba Ato had been released.

However, Baba Ato reportedly died in the night of his release.

He recounted how that they hid the skulls around the area while he kept watch over it for it not to be stolen about five days ago.

Unknowingly to him, residents of Ori-Awo area where he resides, had been watching him patrolling the spot where he buried the skulls.

The alerted residents reportedly attacked Maruf and his accomplice while they were on their way to Yidi.

Meanwhile, Bashit, his accomplice had confessed contributing N15,000 to the money to get the skulls from Baba Ato, who is related to Maruf’s family.

When asked who was going to perform the money rituals for them, Maruf said he has the knowledge of rituals from his maternal grandfather and was going to try doing it for himself first.