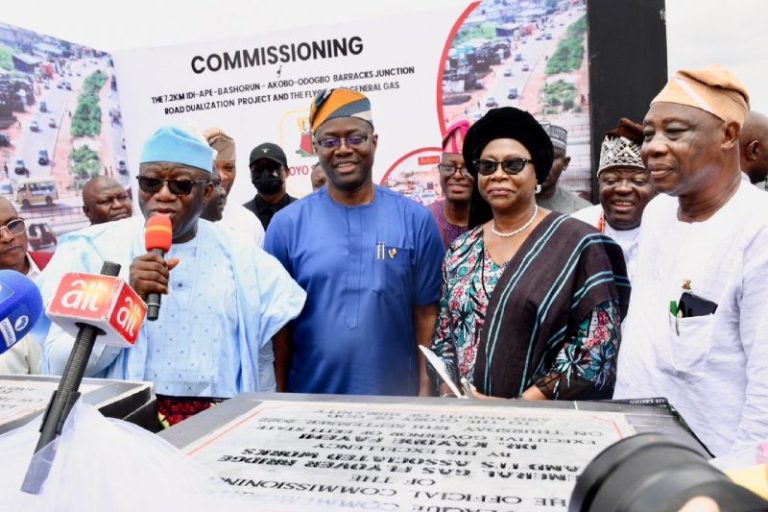 The governor, who described his Oyo State counterpart as a focused, broad minded leader who builds relationship that transcends parties affiliations, commended Governor Makinde’s sense of responsibility for completing the project his predecessor initiated.

He added that the infrastructures will have direct economic impacts on residents and commuters plying the road.

In the meantime, while speaking at the event, the host governor, ‘Seyi Makinde said the project was in fulfilment of his electioneering promise, that all road projects embarked upon by his administration would be completed.

He added that his administration has been injecting the sum of twelve billion naira into Oyo’s economy every month as a result of prompt payment of workers salaries, while noting that the road project will boost economic activities in the area and it environs as it links four local governments together.