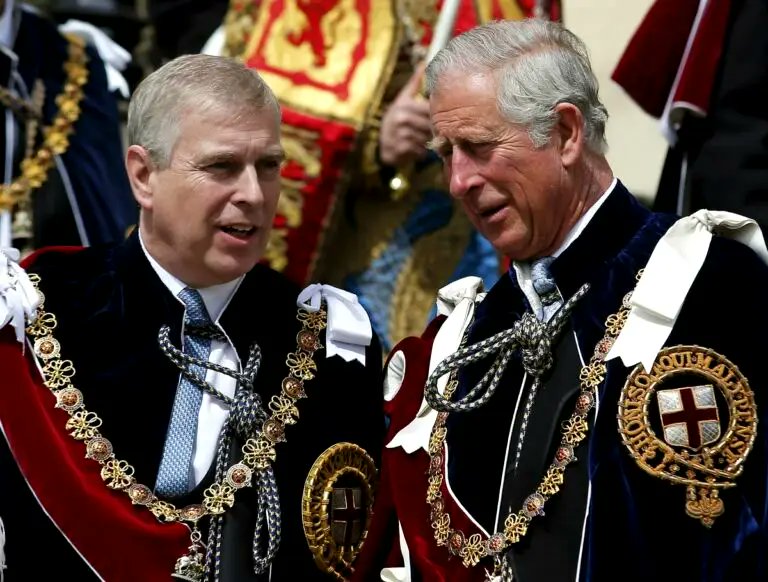 King Charles III will look into his brother, Prince Andrew’s exile following the death of their mother Queen Elizabeth II.

Charles as the new king can make any decision about the Duke of York, who was disgraced after paying out millions over a civil sexual assault case.

The News reports, Thursday, that Charles III would surely discuss with his eldest son Prince William, the Duke of Cornwall and Cambridge to decide Andrew’s fate.

However, the recent incident in which a critic appeared to brand the Duke a “sick old man” while Andrew was walking behind his mother’s coffin in Edinburgh has obviously raised some concerned eyebrows.

The occurrence was portrayed as the royal fans not prepared to show forgiveness and clemency to him even though he is considered the favourite son of the late Queen.

Andrew stepped down from public life last year over his alleged friendship with the paedophile Jeffrey Epstein.

He reached an out-of-court settlement with no admission of liability in March with Virginia Giuffre who accused him of sexual assaults. He has continued to strongly repudiate the allegations.

Andrew was not allowed to wear the military uniform as he walked behind the Queen’s coffin, while all his siblings appeared as the working royals with their apparel.

Prince Andrew’s suffering does not seem to end anytime soon. He must take steps to win the hearts of Britons before getting his royal life back.