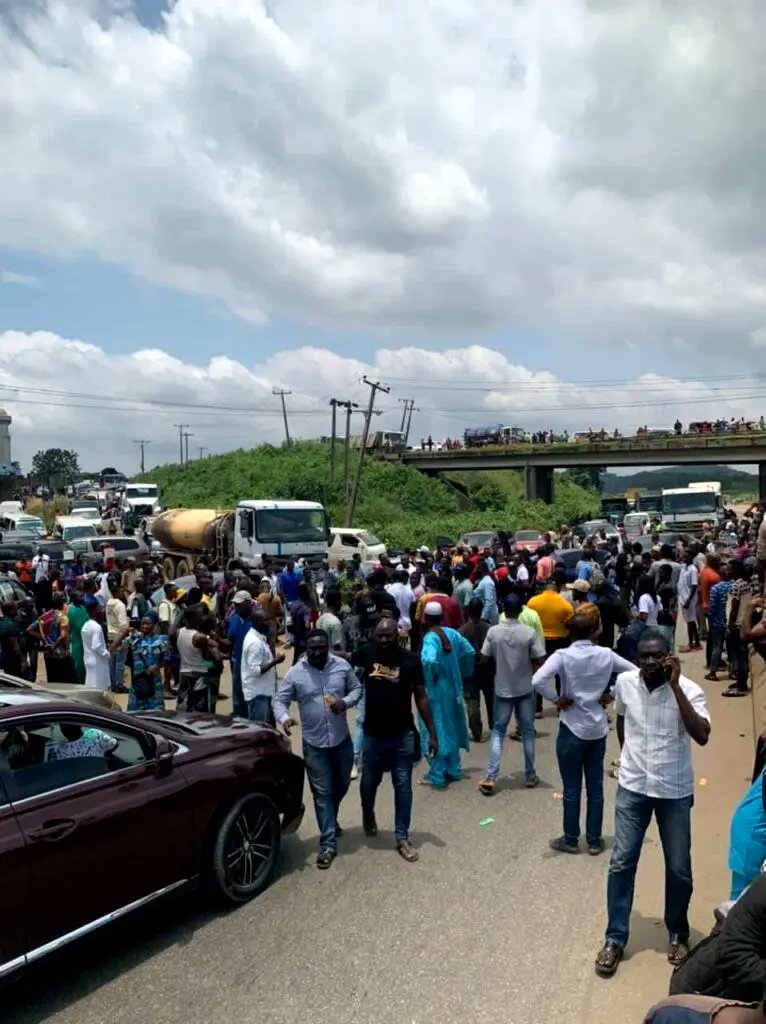 FOLLOWING the prolonged industrial action by the Academic Staff Union of Universities, ASUU, students, under the aegis of the National Association of Nigerian Students, NANS, yesterday, barricaded the Gbongan-Ibadan express road for over three hours.

The barricade created heavy gridlock on the highway, forcing motorists plying the route to lament the inconveniences caused by the protest.

The students arrived at Gbongan around 12noon and blocked the road till about 3.30pm.

Speaking with journalists a few minutes after opening the road, NANS Vice President, External Affairs, Akinteye Afeez, said the blockade is just a tip of the iceberg, unless the Federal Government and ASUU resolve the imbroglio and allow students return to the classrooms.

Afeez said: “We started from Shagamu express road, on Wednesday; we were at Ibadan and, yesterday at Ife-Ibadan express road. Today, we will lockdown the Ore-Lagos express road, in a bid to force the Federal Government to urge ASUU to suspend the strike and allow students return to classrooms.

“If nobody listens to us by Monday, we will surprise everyone where we will go next. We will shut that route that matters to those in government and cripple the economy.”

However, a NANS stakeholder in the state, who spoke to Vanguard in confidence, said the students may shutdown the Muritala Mohammed International Airport, MMIA, in Lagos.

Meanwhile one of the motorists, who identified himself as Joseph, said the situation at the Highway was hectic, lamenting that his journey from Ekiti to Lagos, which ordinarily should take four hours, turned into a seven-hour journey.

Some other NANS leaders at the barricade include, Giwa Yisa, National Public Relations Officer, Deputy Senate President, Ekundina Elvis and some leadership of the Obafemi Awolowo University’s student union government.