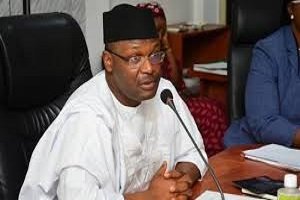 LAGOS – THE Independent National Electoral Commission, INEC, has disclosed that it would engage 1.4 million Ad hoc staff for the conduct of the 2023 general polls.

National Chairman of the commission, Prof Mahmood Yakubu, made the disclosure while fielding questions from Nigerian Guild of Editors, yesterday, in Lagos.

Yakubu, who had earlier, at a retreat on the recent Ekiti and Osun Governorship polls, said the INEC would map out new measures to check vote buying, narrated the complexities Of Nigeria’s elections.

He said: “For the 2023 General Elections, we will recruit and train staff with numbers several times more than the entire armed forces Of Nigeria. We will engage at least 1.4million Ad hoc staff and the staff are staff that would be operating in the polling units level, collation and returning officers. ” 1.4million is bigger than the Nigerian Armed Forces. That is what we are going to deploy twice for the February 25 national election and for the states elections which include the governorship and State Assembly.

“We are going to manage 21,520 positions in 2023-the President and Vice President, 28 governors, 28 Deputy Governors, 109 Senators, 360 members of the House of Representatives, 993 State Constituencies for which elections would be conducted. So it’s a huge undertaking. We have 18 political parties.

“Each time Nigeria goes to the polls, is like the entire West Africa voting. This would give you an idea of the size of what we are facing. 1.9million registered voters registered for the last Osun governorship election. That was more than the total population of the Republic of Gambia, Guinea Bissau and Cape Verde put together. By the time you talk about Lagos, you are talking about several countries combined. “It is the accumulation of these complexities that INEC must manage, and administer as we approach the 2023 General Election commencing on February 25”.

“There has been improvement in the process. If you reflect back in 1999 and 2003, there were moments when winners were declared while voters were still on the voting queue It will never happen again.

“We are deliberately deploying technology to make it very difficult if not impossible. There are still challenges but you can see the gradual improvement. it is brick by brick you build a house, you don’t build a house over night.

” Our vision for the 2023 election is to conduct the best elections ever conducted in Nigeria that would be free, fair , credible, transparent, inclusive and verifiable. People can sit down and see the result of their polling units Online,” he said.

Earlier Professor Yakubu has said the Commission is mapping out measures to check vote buying in the 2023 general polls.

Promising that the forthcoming polls would be better than the recent Ekiti and Osun governorship polls, he insisted that the establishment of Electoral Offences Commission and Tribunal will check vote buying in the nation.

He spoke in Lagos at the Commission’s Retreat on the lessons learned from recent Ekiti and Osun off-cycle governorship elections.

Asked what the commission is doing to curb vote-buying, he said: “Vote buying is a violation of the Electoral Act. It’s against the laws of this country. We will continue to do whatever we can through voter education. We will continue to work with anti-graft agencies like the EFCC and the ICPC to checkmate that. We will also work with the security agencies to discourage it.

“The truth is that the more we improve on the electoral process, the more the traditional rigging process is no longer in vogue. Once we protect the integrity of the process at the polling unit level, our election is as good as any credible election.

“The other thing we can do and which we have been doing is to change the configuration of our polling units so that it would make things difficult for vote buyers to see which party the citizens voted for in order to induce them.

“In previous elections, we banned the use of smart phones and photographic devices while in the cubicle. All these are measures to make sure we protect the process.

“Ultimately, it is our collective responsibility as citizens. Our elections are as good as the kind of cooperation the Commission receives to ensure that we stern this ugly trend.

“However, the ultimate safeguard against this kind of attitude is the establishment of an electoral offences tribunal. We have said so consistently. The Electoral Act has placed on the Commission a responsibility it hardly has the capacity to successfully implement. INEC is required to prosecute offenders it cannot arrest. INEC has no police.

“Secondly, we don’t have the capacity to successfully investigate such that we have evidence that would lead to successful prosecution. I have said severally, some of the violators may actually be INEC officials. It is difficult for us to prosecute ourselves.

“So, establish the Electoral Offences Commission and Tribunal to which all violators of electoral laws would be subjected whether they are people at the polling units or INEC officials.

“But very importantly, the actual sponsors, the person who snatches the ballot box at the polling units, the person who falsifies results is unlikely to be a candidate in the election. So, as long as we don’t get the sponsors, the shenanigans of vote buying are going to continue and the best antidote for it is the Electoral Offences Commission and Tribunal.”