PMS Resists Move by Proscribe NURTW To Resume Activities in Oyo State, Says It is Illegal 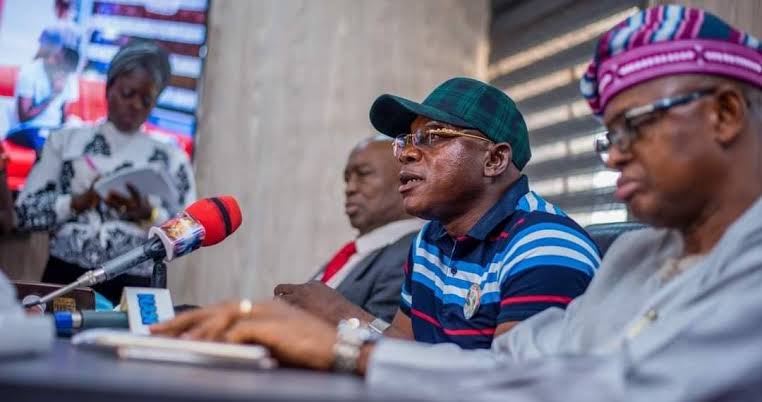 The leadership of the Oyo State Park Management System (PMS) has alerted the police of the purported resumption of activities of members of National Union of Road Transport Workers (NURTW) in parks.

The alarm was raised in a statement released on Friday morning by the Chairman of the Disciplinary Committee of the Park Management System in Oyo state, Alhaji Mukaila Lamidi aka Auxiliary and signed by the PRO, Hon Emiola Jelili.

Auxiliary while speaking with journalists in Ibadan yesterday, said electing new executives for a proscribed union is an illegality, stating that the NURTW members should not disrupt the peace in the state presently.

Recall the NURTW had last week inaugurated an 18-man committee to oversee the affairs of the union in the state.

He noted that the union must reposition its operations in the state, to achieve maximum results.

Other terms of reference include: “To engage all relevant authorities in robust interaction with a view to ensuring the resumption of the union’s operations and activities of the union in the state and to pursue to logical conclusion on all litigations pending in courts.”

Meanwhile, Auxiliary has insisted that the PMS was legitimately constituted by the State Governor, ‘Seyi Makinde, after the proscription of the NURTW, noting that the agency remained the only body saddled with the responsibility of running the management of the park system in the state till date.

The statement read: “The Chairman of the Disciplinary committee of the park management system in Oyo State, is using this medium to inform the general public that the proscribed NURTW body is making plans to resume operations and return to our parks and garages; this is coming after reports that the banned NURTW has elected a new union Chairman.

“The PMS was legitimately constituted by the Executive Governor of Oyo State, ‘Seyi Makinde after the proscription of the NURTW and it remains the only body saddled with the responsibility of running the management of the park system till date.

“The PMS is a body of responsible and law-abiding individuals committed to maintaining peace and order and a breach of peace would hinder its activities.

“We hereby call on the police and other security operatives in Oyo State to be at alert and ensure that the proscribed NURTW members are put in check and bring to book anyone found or caught in the act before they resort to preventable actions that may alter the peace and quietude enjoyed by all in the state”, it concluded.