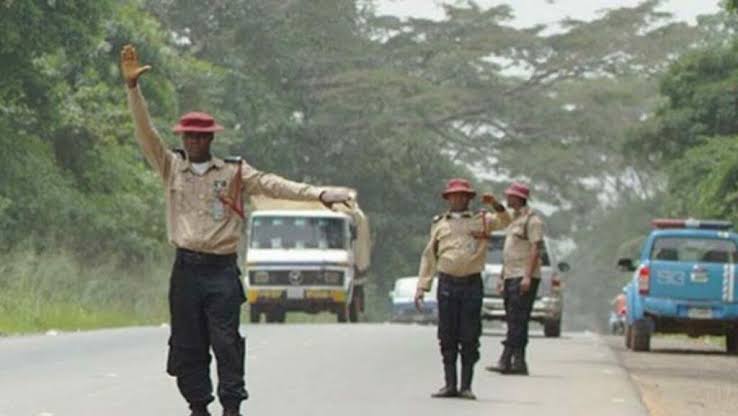 At least two occupants in a lone accident on Friday, narrowly escaped death when their car skidded off Otedola Bridge along Lagos Ibadan Expressway in ward Berger area.

The victims however, sustained different degree of injuries and were.later taken to hospital for treatment

According eyewitness, the accident occurred in the morning on Friday. The car was badly smashed due to the impact of the fall.

It was gathered that the incident occurred while the car was trying to over-take a trailer on Otedola Bridge outward Lagos.

In the process the driver lost control and collided with the trailer, subsequently tumbled before falling off the bridge.

“Agency responders arrived to the above location to discover a Honda Accord with registration number MUS-440 HK had been involved in an accident.

“No mortality was recorded at the scene of the incident but the two young adults who were the only occupants of the car sustained minor injuries and were attended to by the Agency’s preHospital care unit( Paramedics).

“Agencies on ground include the agency’s LRT and Nigeria Police. Agency heavy duty equipment has been dispatched Recovery operations ongoing as 10 am,” Oke-Osanyintolu stated.