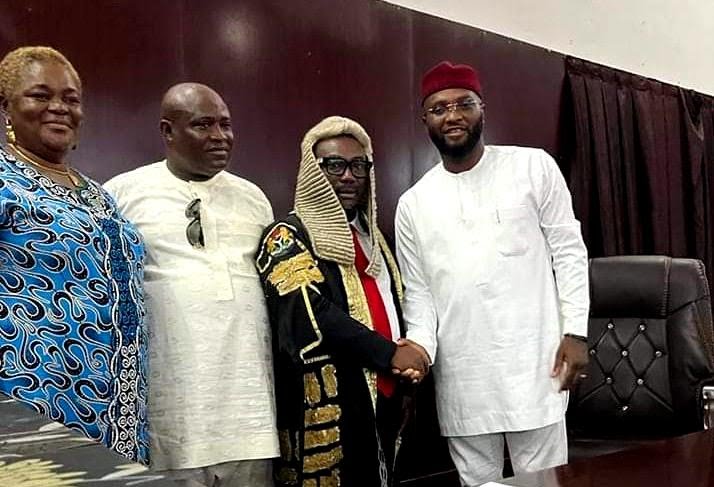 Nduka was elected during a closed-door special sitting presided over by Deputy Speaker, Hon. Amarachi Iwuanyanwu (APC Nwangele) called for nominations after reading the letter of resignation.

As of the time of filing the report, the reason for the former Speaker’s resignation was not known. However, it was gathered that he was forced to resign.

A source said: “Ibeh was compelled by the powers-that-be to announce his resignation” he said without further reason.

It was gathered his resignation may not be unconnected with the alleged misappropriation of fund.

Former Speaker, Chiji Collins, was impeached by the cabals followed by
Paul Emeziem, who was replaced by Ibeh.

The Nation reports Nduka is the fourth speaker of the ninth House following the impeachment of two previous Speakers and Ibe’s resignation.

Ibe was sworn in as Speaker on November 8, 2021 following the impeachment of Hon. Paul Emeziem (APC Onuimo) for reasons ranging from forgery to highhandedness.

It was further recalled that Emeziem took over from Dr Chiji (APC Isiala Mbano) in November 2020 after he was impeached for unparliamentary conduct and gross misconduct.

Chiji however appealed to the House to have his impeachment expunged from the legislative records and recorded as resignation, a request which was approved.