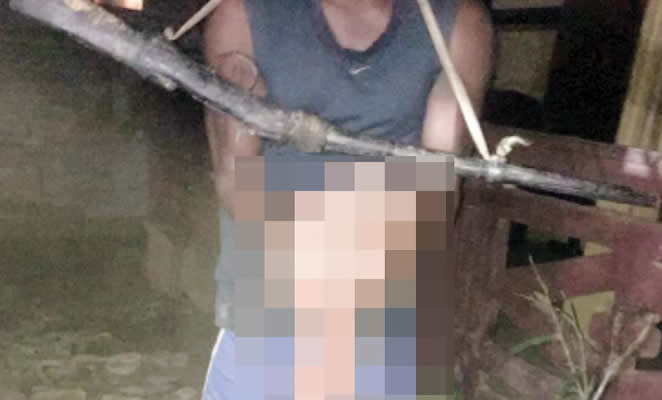 A 28-year-old herbalist, Ismail Adewuyi, has been arrested with the head and intestines of an unknown female corpse by men of Nigeria Hunters and Forest Security Service in Ede, Osun state.

Adewuyi, it was learned, had stormed Muslim Cemetery located at Oke Yidi in the early hours of Saturday, armed with assorted charms, exhumed a corpse, cut the head and brought out its intestines.

Luck however ran out on him while making his way out of the scene of the crime, as a member of Nigeria Hunters and Forest Security Service who had suspected Adewuyi’s movement and laid an ambush arrested him.

A source in Oke Yidi, who preferred anonymity, during an interview with PUNCH Metro on Sunday said the suspect while being interrogated by the hunters, said he was a herbalist.

The source said, “we heard the noise and few people that could go out saw hunters interrogating a suspect carrying a human head and intestines from a corpse that he exhumed at Muslim Cemetery, Oke Yidi, Ede.

“The suspect was later handed over to the police. Those that arrested him recorded his confession on video. The suspect is with the police,” the source said.

When contacted, Osun Police Command spokesperson, Yemisi Opalola, on Sunday confirmed the arrest of the suspect, saying an investigation has commenced into the crime.

Opalola said, “on Saturday around 01:25 am, a member of Nigeria Hunter in Ede, arrested one Adewuyi Ismail aged 28, of Oke-Ola Agbagudu, Ede and brought him to the station with unknown fresh female head and intestines.

“The suspect was arrested at about 1:00 am at Muslim Cemetery, Oke Yidi, Abere road, Ede. Investigation is in progress.”