Knocks As Woman Dies In Lone Auto Crash While Chasing Husband, Side Chick 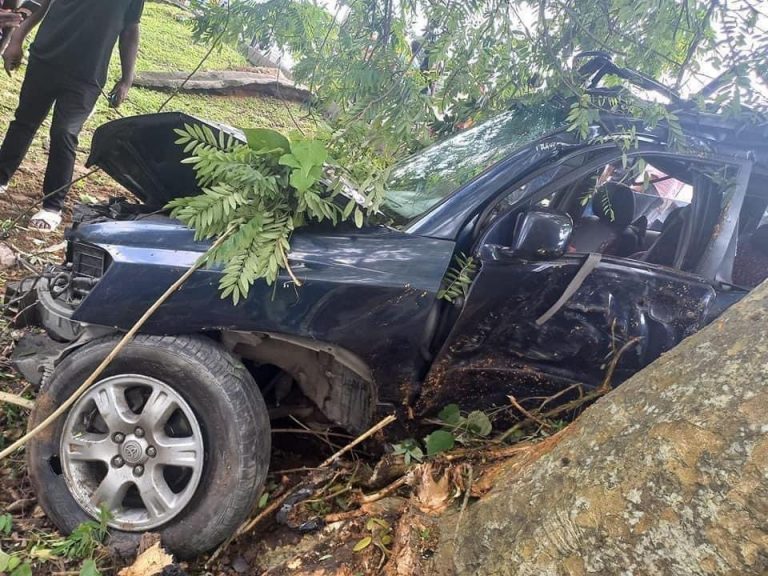 Netizens have reacted to the news of a woman who died in a lone auto crash while chasing her husband and his mistress along the Murtala Muhammed Highway, Calabar, the Cross River State capital.

The deceased was the sole fatality in the accident, which occurred on Sunday.

Viral reports noted that the woman was said to be in pursuit of her husband, alleged to be with a mistress in his car, when she lost control of her vehicle and veered off the road into a ditch.

Reacting to the accident, some tweeps had knocked the husband while others blamed the deceased for her actions.

A tweep, @jooryui, said, “The husband will not forgive himself knowing that his actions directly or indirectly caused his wife’s death.”

Anotehr tweep, @blezybest, wrote, “Now, she is gone. Although, on the husband’s side, it is better not to live a suspicious life. We are all jealous by nature (both males and females). Even God is jealous but overdoing it is a big problem for humans.

“May her soul rest in peace, regardless. May we not end up in a marriage filled with distrust and infidelity. Sh*t could be frustrating and unbearable. However, if sh8t happens, caution yourself not to let it kill you psychologically or completely. Nothing should be more important than your life.”

Accusing the deceased’s husband for his wife’s death, @mrmacigo said, “It is a pity the so-called husband has succeeded in killing his wife over a lust for another woman .As the coast is clear, let him wed the woman behind the lost of his lovely wife.”

“A little patience and a little time to think would have stopped this avoidable death. Sad occurrence indeed,” @cchrislenny tweeted.

Also blaming the deceased, @peterokojie8 said, “The woman should have waited for her husband to return before taking any action. See where her impatience has landed her now. May her soul Rest In Peace.”

“This will never leave the man and side chicks head forever. Hope the man is happy now? Messing with peoples emotions not knowing how they will react should be really considered by people,” @lillyexquisite said.