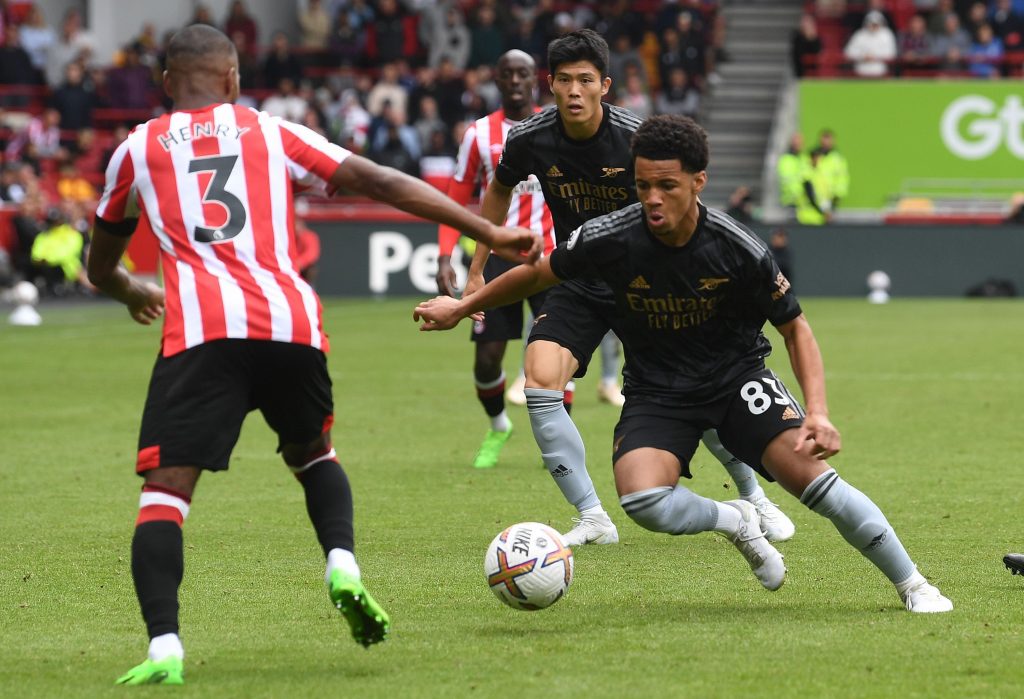 One player’s misfortune can prove to be another’s opportunity. Even as the Premier League continues to evolve, that old adage remains true.

Well, truthfully speaking it was two Arsenal attacking midfielders who were unfortunately injured for Sunday’s 3-0 win at Brentford.

Gunners captain Martin Odegaard suffered a know in training and was therefore not risked, continues to experience pain in his groin related to growth.

Summer signing Fabio Viera stepped in and scored a fantastic goal on his full debut but that still left a space on Mikel Arteta’s bench. The Spaniard’s gut feeling’ ended up being a historic choice.

Ethan Nwaneri, aged 15 and 181 days, not only made the bench at the Gtech Community Stadium but then was brought on to the pitch in the second minute of the stoppage time, becoming the youngest Premier League player ever.

Cesc Fabregas was no longer Arsenal’s youngest player across all competitions, with the Spaniard having made his first-team debut in a League Cup match against Rotherham in 2003.

The Premier League era record was previously held by Liverpool midfielder Harvey Elliot, who came on at the age of 16 years and 30 days for Fulham against Wolves three years ago. Arsenal’s No 83 even broke former Sunderland player Derek Foster’s record of 15 years and 184 days outside the Premier League era, which was set in August 1964.

Such is the record-breaking nature of his appearance, it is unsurprising to learn he was born barely eight months after Emirates Stadium officially open in July 2006.

There was not nothing to write home about his brief appearance itself, making one tackle and having one touch of the ball. But history had already been made.

Even the feat he had achieved did not prevent the teenager from showing his sheeposhness in front of raucous away support, seemingly heading straight for the tunnel at full-time. His team-mates were having none of that.

Aaron Ramsdale and Gabriel Martinelli both ensured he soaked in the adulation from the same fans who just a few minutes earlier had used him to taunt the Brentford fans by chanting: ‘He’s got school in the morning!’

A bank holiday in the UK due to Queen Elizabet II’s funeral meant that was factually incorrect, but sooner or later Nwaneri – pronounce ‘Yanieri’ – will be returning to St John’s Prep and Senior School in Enfield as a Year 11 student. But first comes international duty with England U17, having boarded a flight from a tournament in Poland just hours after creating Premier League history.

Yet just after he had boarded that plane, he received praise from Arsenal legend Ian Wright, who said: “I’m so proud of that for Arsenal.