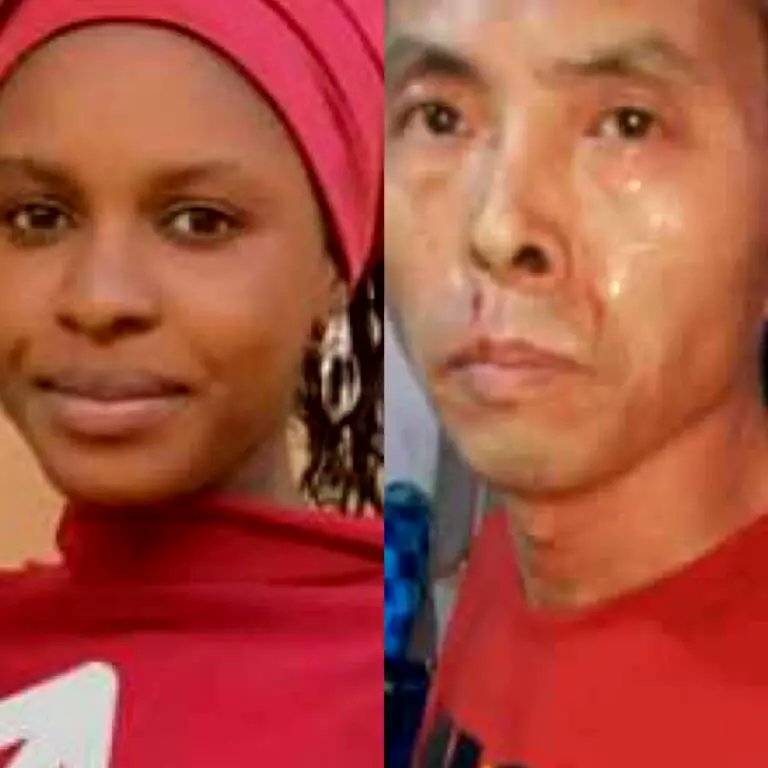 A Kano State Chief Magistrate’s Court has remanded a 47-year-old Chinese, Geng Quanrong, who was accused of killing his ex-lover, Ummukulthum Buhari, aka Ummita, in the state.

Quanrong was arraigned by the Kano State Police Command on Wednesday for allegedly killing Buhari, a 23-year-old graduate of Agriculture Science from the Kampala University, Uganda.

A senior state counsel, K. A. Hashim, who appeared for the prosecution, sought the remand of the defendant in the correctional centre pending the issuance of legal advice from the Office of the Attorney-General of Kano State.

The chief magistrate, Hanif Yusuf, granted the request and adjourned the case till October 13.

Recall that the Chinese followed late Buhari to her family house in Kano, forced himself into her room and stabbed her to death on Saturday.

Meanwhile, the House of Representatives, on Wednesday, condemned the murder of Buhari and resolved to investigate the killing.

This was based on a motion of urgent public importance moved by a member of the House, Kabiru Rurum, at the plenary on Wednesday.

Rurum said, “The deceased was a corps member serving in Sokoto State. The House is worried that it took Mr Geng more than an hour to force himself into the room of the deceased (which) shows that the attack and subsequent killing of the deceased person was a well thought out plan by Mr Geng.”

The lawmaker expressed concern that five days after the murder, the Nigeria Police Force had yet to come out with a preliminary report on its investigation.

Rurum, therefore, stated that the case should be taken more seriously, as the family members of the deceased and citizens of Kano and Nigerians were calling for justice.

Adopting the motion, the House resolved to observe a minute silence in honour of the deceased, while urging the Inspector-General of Police, Usman Baba, to “direct a thorough investigation of the gruesome murder.”

In addition, the House called for determination of the immigration status of the accused Chinese man.