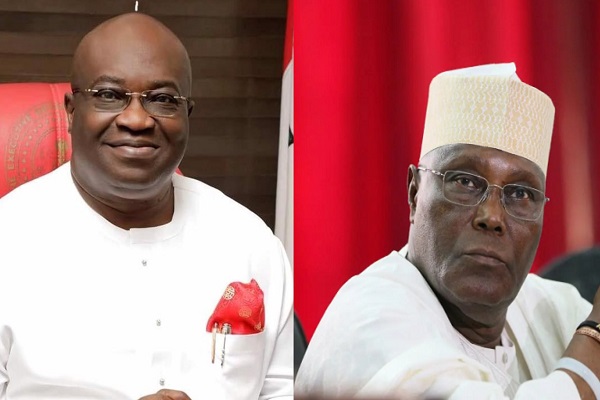 Abia Governor Okezie Ikpeazu has shunned the presidential candidate of the Peoples Democratic Party(PDP) Atiku Abubakar during a visit to the Southeast.

Atiku visited the Southeast stakeholders in Enugu with only Governor Ifeanyi Ugwuanyi in attendance.

Ikpeazu was conspicuously missing as the presidential candidate met with other candidates of the party in the region.

The meeting, which commenced around 1.30pm, was attended by the newly appointed chairman of the PDP Board of Trustees, Senator Adolphus Wabara; national secretary of the party, Senator Samuel Anyanwu; governorship candidates of the party in Abia, Enugu and Ebonyi States and some senatorial and House of representatives candidates.

Ikpeazu, who is a staunch ally of the Rivers governor, Nyesom Wike, was believed to have been absent from the meeting following the unresolved issues trailing the presidential primary election of the party.

Wike’s allies, who have been sympathetic to his cause, had vowed not to be part of the Presidential Campaign Council set up by Atiku.