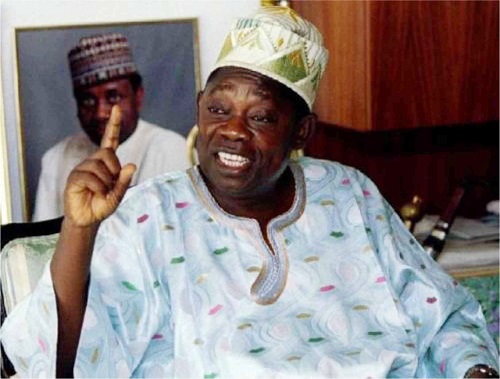 From their traditional system of monarchical administration in precolonial times through the modern presidential politics, the Yoruba elite has been in the forefront of representative democracy and progressive politics in Nigeria. Historians and anthropologists noted their system of representative democracy by which monarchs were elected by an electoral college of kingmakers. With the advent of partisan politics toward the end of the colonial era, Chief Obafemi Awolowo popularised progressive politics based on the motto, Freedom for ALL, Life More Abundant. The ultimate goal was to bring the greatest benefits to the maximum number of people.

At the same time, however, the Yoruba elite also have engaged in the most competitive and often divisive politics among themselves. In precolonial times, they were divided along sub-ethnic lines (Oyo vs Ijebu vs Egba vs Ekiti, and so on). While sub-ethnicity continues to play a divisive role, it has been supplemented with religion and partisan politics. Today, echoes of divisiveness are heard everywhere. To be sure, disagreements and debate are central to the democratic tradition. But where disagreements are based on rumours, innuendoes, and selfish interests, democracy is no longer at play.

True, Chief Awolowo sought to rally the Yoruba elite to his course in the old Western Region, yet personal ambition and selfish interests still led some of them to join other political parties, while others engaged in subversive activities. Yet, others formed alliances with Northern political parties to dislodge Awolowo’s political party. Moreover, there were others who opposed him out of sheer envy. It was the totality of the subversive actions of his antagonists that led Chief Hubert Ogunde to perform his satirical play and soulful song, Yoruba Ronu, in 1964.

At the end of the day, Awolowo never became President, despite several attempts. His attempt to reach out to politicians from other regions did not raise his party beyond its Western regional base. Not even the reincarnation of his Action Group as Unity Party of Nigeria got him the Presidency, despite the unifying outlook of the name. It is generally believed that on one or two occasions, it was another Yoruba man who stood in his way.

The first Yoruba politician to win the presidential election nation-wide was Chief MKO Abiola, whose election was annulled by the Ibrahim Babangida military government, despite universal acknowledgement that the election was free, fair, and credible. The Social Democratic Party which gave him its platform was a truly national party, being established by the same military government that annulled the election. It was the party of choice for progressives.

Six years later, in a bid to atone for the annullment of Abiola’s election and pacify the Yoruba, another Yoruba man, Chief Olusegun Obasanjo, was made the presidential candidate of the People’s Democratic Party. Although the PDP had a national outlook, it was opposed by the Yoruba elite, who floated their own political party, the Alliance for Democracy, and candidate, Chief Olu Falae. Like other regional political parties before it, the AD failed to make a President of its candidate.

Although Obasanjo won the 1999 election, he quickly realised that he needed the Southwest base of the Yoruba in order to win reelection. What he did and how he won reelection in 2003 is now history that needs no retelling here.

These developments were not lost on Asiwaju Bola Ahmed Tinubu, who inherited the remnants of the AD, which formed the nucleus of the Action Congress, later to be known as Action Congress of Nigeria. The ACN eventually merged with three other parties with similar progressive ideology to form the All Progressives Congress. The APC eventually won the presidency in 2015 and 2019 with President Muhammadu Buhari as its candidate.

After a coalition of APC Southern and Northern Governors successfully fought for zoning the APC presidential candidate to the South, the same Governors saw Tinubu to victory at the APC presidential primaries. At least three other Yoruba presidential aspirants in his party stepped down for him at the convention. The ball has now rolled into the court of Yoruba elders, especially the educated elite, to seize this opportunity by supporting one of their own.

Admittedly, some of them are stakeholders in other political parties. Nevertheless, polling data have shown repeatedly that the vast majority of the Yoruba elite do not even belong to any political party. In other words, they are independents. Besides, a sizable number of them do not even vote at all.

But the stakes are so high in 2023 and beyond that we cannot afford to fold our arms on election day. For Yoruba elders, it is time to adopt a time-tested adage in considering Tinubu’s candidacy: Omo eni kìí sè’dí bè be re, ká fi ileke sí ìdí omo elòmíràn (We first satisfy our child who is in want before we give out to charity). In a way, this is reminiscent of the airplane oxygen mask philosophy: You first apply the mask on yourself before you help others.

However, my argument is not even about me-first or about ethnicity. It is not about omo wa ni e je o seé. No. It is about not allowing this opportunity to slip by for at least two reasons. First, there should be no excuse for not embracing one of our own after eight years of crying Fulanisation or marginalisation. Second, we have the right man for the job, considering the totality of his accounting, corporate, legislative, activist, and executive governance experiences vis-à-vis his competitors.

My argument also is not about whether or not we like or hate Tinubu as a person. I have disagreed with him before, and it is in print. There are also one or two things I don’t like about him. However, what I do like about him is what suits him perfectly for the job of President. Ever since I have known him, and it’s been well over forty years, he has never been founding wanting in performing exceedingly well any job assigned to him. He did as an Accountant in Corporate America. He did it as an Executive for Exon-Mobil in Nigeria. He did it as a legislator in the Third Republic. He did it as a refugee representative of NADECO abroad. He also did it as a two-term Governor of Lagos State, where echoes of his legacies still linger.