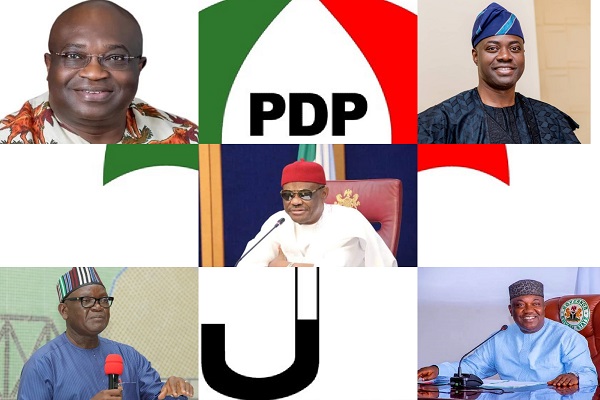 A good number of party leaders perceived to be sympathetic to the Wike’s camp also stayed away from the International Conference Centre, Abuja venue of the inauguration.

However, the remaining PDP Governors loyal to the party’s presidential candidate Atiku Abubakar attended the event.

Also absent from the event was the PDP National Chairman, Dr. Iyorchia Ayu. The Deputy National Chairman (North), Umar Damagum who stood in for him, said Ayu’s absence was as a result of ill health.