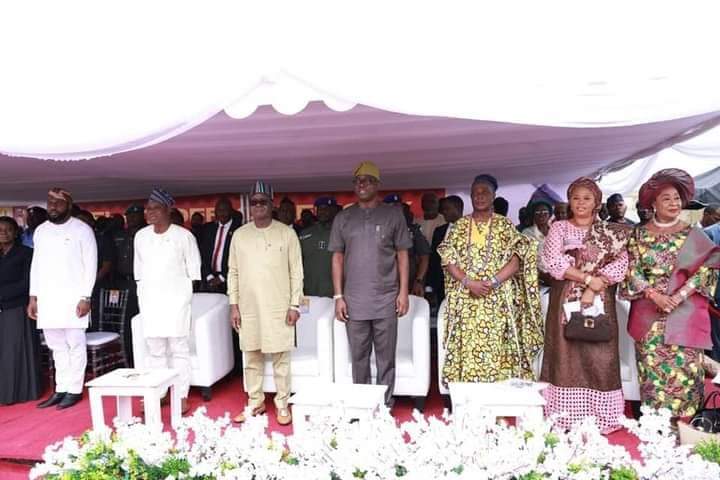 Speaking during the event that also commemorated the 78th birthday of the Political Icon, Governor Seyi Makinde said that the proposed 110km road would be tolled.

He noted that it would boost the economic activities of the state and eliminate the traffic congestion often experienced on the Lagos Ibadan expressway.

In his address the guest of honour, Governor Samuel Ortom of Benue State who described Senator Rashidi Ladoja as a great man who deserved the honour, eulogized Governor Makinde, saying he has the knowledge and capacity to rule the state.

In his remarks, the former Governor of the State, Senator Rasidi Ladoja, expressed gratitude to Governor Makinde for the honour bestowed on him and he charged people in positions of power not to see themselves as emperor, rather they should consult their constituency before making decisions.

Another highlight of the program was the cutting of the 78th birthday of Senator Rasidi Ladoja.

He, however, charged people in positions of power not to see themselves as emperor, rather they should consult their constituency before making decisions.