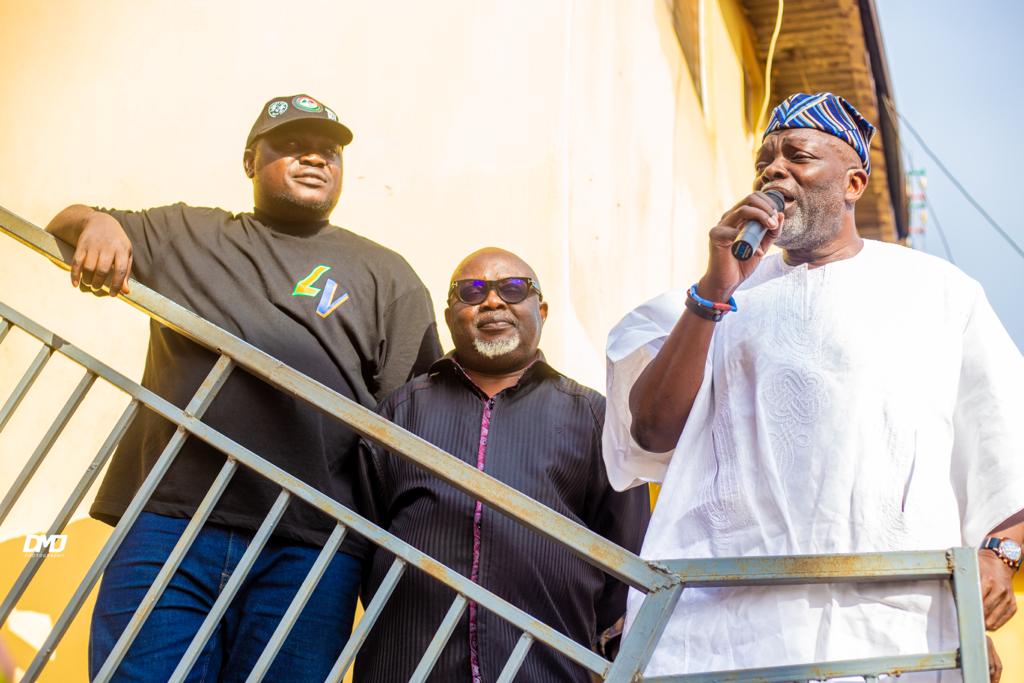 The candidature of the People’s Democratic Party for Oyo Central Senatorial district, Chief Luqman Oyebisi Ilaka has received a boost as the Abiola Foundation in Akinyele local government area, pledged their support for him.

Speaking at a meeting Ilaka had with members of the foundation, over the weekend, Engr. Abiodun Oluwaronke founder of the foundation expressed delight that Chief Bisi Ilaka took time out to visit them, noting that he is the first politician they have given audience to and most likely will be the last, as they are very impressed with his antecedents.

He noted that the vision of the foundation which is to seek better life for the less privilege through empowering them to excel is also in line with aspects of Ilaka’s manifesto, for the less fortunate in Oyo Central Senatorial district, therefore the foundation has no reservation in their support of Chief Oyebisi Ilaka’s ambition.

The woman leader of the group Miss Oluseyi Funmi Ogunjare in her remarks expressed deep gratitude to the PDP Oyo Central Senatorial Candidate, she noted that they have always heard positive narratives about the Oyo born politician, she said ” We love Chief Ilaka he is a friend of the less privilege and we assure him of our support not just with our prayers but with our votes too” she noted that the Abiodun Foundation has over one thousand members across Oyo Central Senatorial district, who are committed to the Ilaka project.

In his remarks, Chief Bisi Ilaka expressed his appreciation to Engr. Abiodun Oluwaronke for the opportunity to meet with members of the Abiodun foundation, he commended the foundation for what they have been able to achieve with the less privilege, Ilaka stated his intention to adopt the foundation when he becomes the Senator representing Oyo Central Senatorial district.