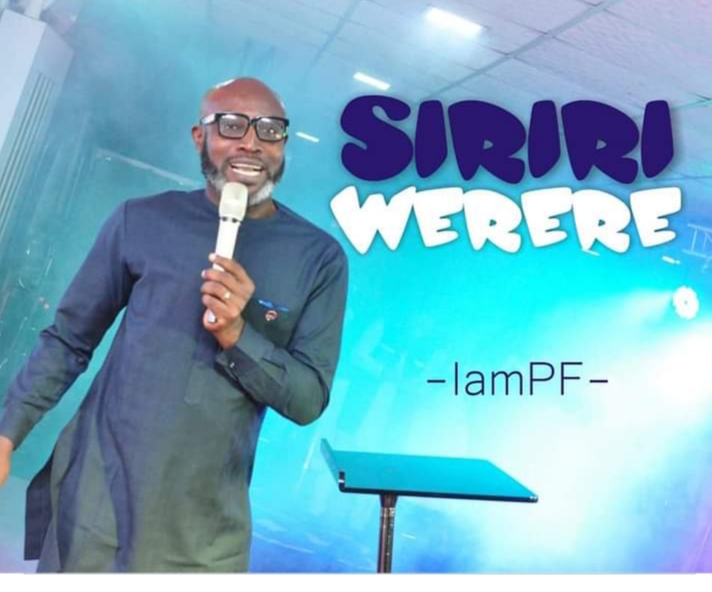 By My Backyard Story Staff

A Nigerian journalist and singer-songwriter, Frankie Ogbonna, professionally known as ‘I am PF’ last Saturday released a smashing single titled Siriri Were.

Siriri Werere, the second of his recently released songs was produced by Imma and is a Gospel highlife number that testifies of the goodness of GOD to the artist.

Speaking to My Backyard Story on the new release, I am PF said the song was inspired by the benevolence of GOD.

“God’s been very good to me. He has brought me more or less from nowhere and has made me sit with kings”, the Journo said.

“This song will not only give hope to those going to through hard times, but will inspire them to keep trying for there is light at the end of the tunnel”, he added.

Dubbed by many as a street gospel tune, Siriri Werere is currently enjoying massive airplay in some of Nigeria’s finest radio stations.

“Siriri Werere speaks to me. If you what to be motivated, as well as moved to your feet, then Siriri Werere is the song you should be listening to right now”, a fan said.

The song can also be streamed and downloaded on https://audiomack.com/IamPF/song/siriri-werere