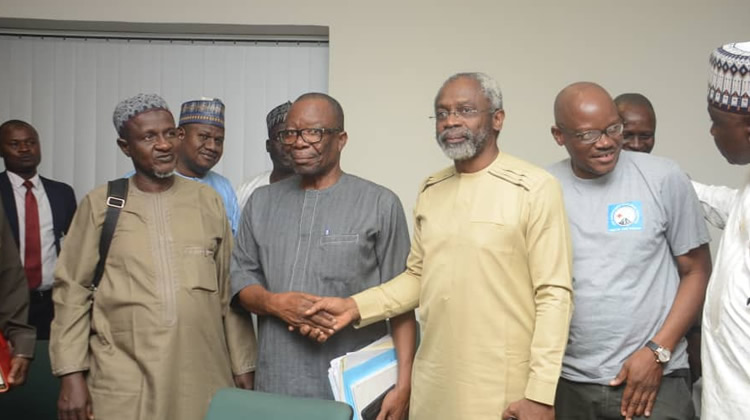 The Academic Staff Union of Universities is still awaiting the decision of the President, Major General Muhammadu Buhari (retd.), on the no-work-no-pay rule invoked by the Federal Government since its strike began eight months ago, The PUNCH report.

Our correspondent learnt that the President’s decision on the matter is key to a decision the union will take on whether to call off the strike or continue.

It was further learnt that only the President can grant the waiver for the arrears of the striking lecturers to be paid.

“The issue of the no-work-no-pay has not been resolved yet. We are still waiting for Mr President,” a source, who does not want his name in print because he was not authorised to speak on the matter, told The PUNCH.

Also speaking to our correspondent, another source said, “It is only the President who can give that waiver at the moment. He has to forgive them. He is very hurt that they caused a delay for students.”

Meanwhile, branches of ASUU will begin consultations on Wednesday (today) over the possibility of calling off the strike.

Our correspondent also gathered that the union’s National Executive Council will meet on the matter on Thursday.

Confirming the development, the National President of ASUU, Prof Emmanuel Osodeke, noted that the union would meet.

He, however, did not disclose the date and the place where the meeting would take place.

“Yes, we will meet and take our decision,” Osodeke simply said.

ASUU had on Monday, February 14, 2022, embarked on a strike over what the union described as the failure of the government to meet its demands.

The Minister of Labour and Employment, Chris Ngige, after what he described as “failed negotiations” dragged the striking lecturers before the National Industrial Court.

The court, on September 21, ordered ASUU to call off the strike.

The Court of Appeal also handed down a similar order last week.