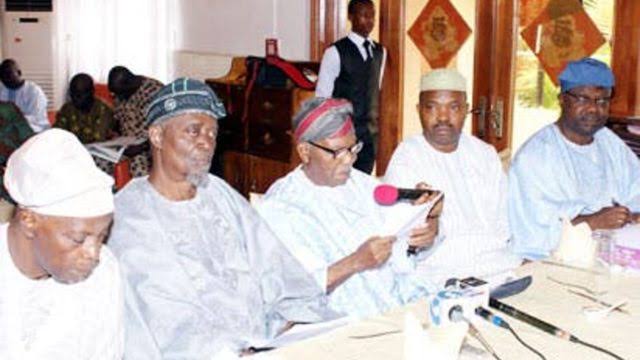 THE pan Yoruba socio-political organization, Afenifere, yesterday, condemned, in strong terms, last Saturday’s attack on a farm in Ipapo, Oke Ogun, Oyo State as well as other kidnappings in Osun, Kwara, Enugu and Kaduna states, noting that it is time to arm security outfits in states.

Afenifere, in a statement by its National Publicity Secretary, Mr Jare Ajayi, stated that the circumstances surrounding the attack and how the hoodlums were able to escape with their victims were further justifications for allowing security outfits set up by state governments to be equipped with requisite weapons.

Ajayi stated: “Were Amotekun operatives to have equal arms, the attackers would not have escaped as Amotekun officials were able to prevent the terrorists from causing greater damage even with the limited weapons we carried. Were we to be allowed to carry sophisticated weapons that our assignment demands, the hoodlums would have met their Waterloo.”

The statement reads: “Questions can also be raised on how those bandits got the army uniforms and the sophisticated weapons they wield.

“It is on record that a lot of calls have gone to the federal government to allow states that are so desired to set up state and community police with all the necessary paraphernalia to enable them to maintain security in their respective domains. Among advocates of such calls were Afenifere, Governor Rotimi Akeredolu of Ondo State and Governor Samuel Ortom of Benue State. Southern Governors’ Forum earlier in the year also backed the call for state police. President Muhammadu Buhari-led administration has however turned a deaf ear to the calls.

“Last month, Governor Akeredolu and Afenifere openly protested the denial of South West Governors’ requests to arm their security outfit, Amotekun, with AK 47 riffles while conceding the same to the Katsina State Government.

“Were Amotekun to be allowed to carry needed weapons, bandits would think it twice before they contemplate coming to Yorubaland.

“Our governors and our leaders in Yorubaland are aware of the possible attacks, but we are helpless in a way because of the handicap placed on our path by the federal government through its refusal to allow our state governments to put up requisite security structures.”

He, however, insisted that the Federal Government’s continued refusal “is not only against the federal spirit of the country’s constitution, but it is also detrimental to the overall peace of the country.

“Some of the steps to be taken to immediately allow states to set up their police forces; decentralize security apparatus; equip and motivate security agencies; stop treating bandits and terrorists with kid gloves and finally allow true federalism so that states and local governments can devise appropriate measures to deal with the challenges facing them in all areas of human endeavour.

“As we write this, residents of Onibueja in Egbedore local government of Osun are living in fear following handwritten letters pasted in parts of the community by suspected armed robbers notifying the people of their intention to come and raid them within the month, according to the Baale (Head) of the community, Najeemdeen Alabi.

“The situation on the ground does not seem to support the assurance being given by Mr President. Thus, the government needs to do more.”