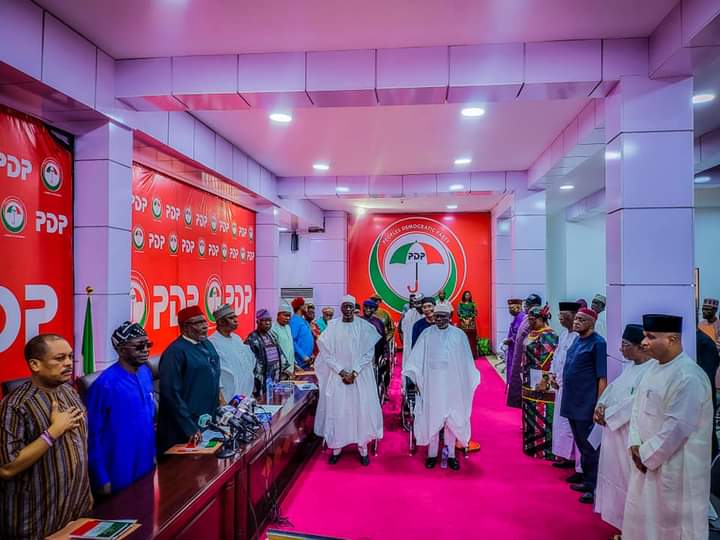 The Board of Trustees of the Peoples Democratic Meeting is currently holding a meeting.

The National Chairman of the Party, Dr Iyorchia Ayu, and other party stakeholders are present are the meeting.

This is as the crisis in the opposition PDP continues to deepen, and as the Governor of Rivers State, Nyesom Wike is also currently holding a media chat in his state.

The National Secretary of the party, Senator Samuel Anyanwu; National Women Leader, Prof. Stella Effah-Attoe, and other leaders are in attendance.

The meeting was chaired by the acting BoT Chairman, Senator Adolphus Wabara.

The meeting is expected to address the issues rocking the party as the 2023 elections draw closer.

The meeting which holds in Abuja, the Federal Capital Territory, as gathered, would deliberate on the report of its reconciliation committee which concluded its assignment recently.