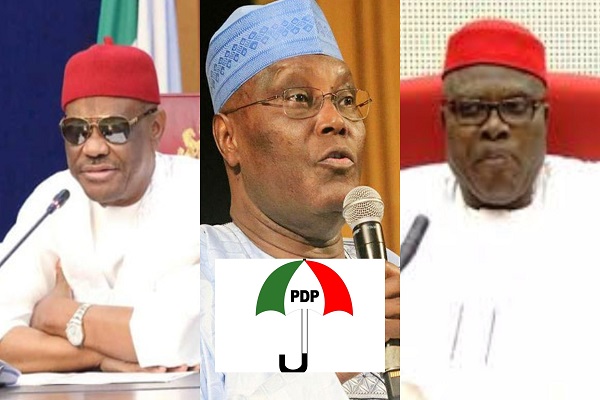 The chairman of the Board of Trustees (BoT) of the Peoples Democratic Party (PDP) Senator Adolphus Wabara has called for sacrifice on the part of stakeholders to enable the party resolve its protracted leadership crisis.

Wabara made the call at the Abuja PDP national secretariat on Friday while submitting the report of a reconciliation committee drawn from membership of the BoT.

While presenting the report, Wabara who chaired the committee, called for sacrifice and understanding for the party to move forward.

At issue is the insistence of Rivers Governor, Nyesom Wike and four other PDP Governors that the PDP National Chairman, Dr. Iyorchia Ayu resign as condition for them to support the party and its presidential candidate, Atiku Abubakar in the 2023 presidential election.

Speaking at the meeting, Wabara said: “We carried out our assignment with an open mind. 2023 is for PDP to win or lose. A lot of ego has been hurt on both sides.

“Our position is advisory and if we are indeed the conscience of the party, then we should be free, fair and courageous. The situation requires a little bit of sacrifice and understanding”.

Responding, Ayu thanked the BoT members for their contribution to efforts to bring peace to the party, saying the goal was to win the election.

He added that the desire of every member was to see the PDP win the 2023 election.

The report will be presented at the next meeting of the National Executive Committee (NEC) for deliberation and consideration.