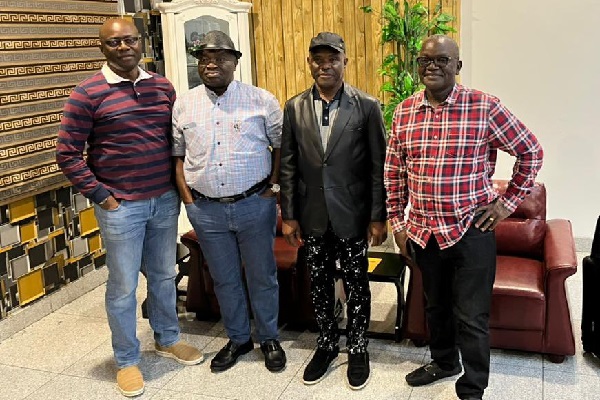 The group of five Governors (G5) in the Peoples Democratic Party (PDP) seeking justice, equity and fairness in the party have travelled to Spain for a crucial meeting.

It was gathered that the group led by the Rivers Governor, Nyesom Wike, left the country for Madrid on Friday night.

Others in the team are the Governors Seyi Makinde (Oyo); Okezie Ikpeazu (Abia) and Samuel Ortom (Benue).

It was learnt Enugu Governor, Ifeanyi Ugwuanyi, might join the team later.

The G5 has been calling for the resignation of the PDP’s National Chairman, Dr. Iyorchia Ayu, as their minimum condition for peace in the party and to join the presidential campaign council of the party’s Presidential Candidate, Atiku Abubakar.

The aggrieved Governors have insisted that it is unfair for the party to have the national chairman and presidential candidate from the northern extraction ahead of the poll.

Wike led the team to Spain after a live media chat in Port Harcourt where he heaped more allegations on Ayu maintaining that the national chairman lacked integrity to lead the party’s campaign for 2023.