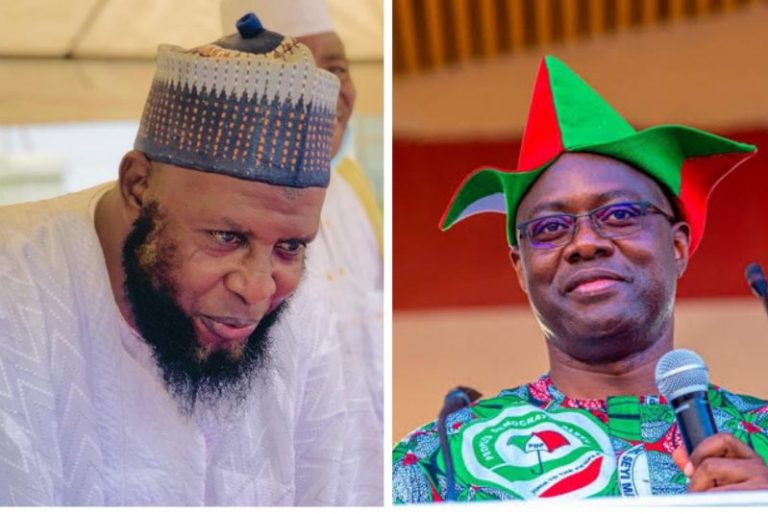 Popular Ibadan-based Islamic cleric and realtor, Alhaji Akewugbagold has given his reasons for openly declaring his support for the reelection bid of Governor ‘Seyi Makinde of Oyo State.

Speaking during an programme, the cleric noted that he isn’t a card-carrying member of any political party neither is he a politician but his support for Makinde is because the Governor had provided support to his family during an hour of dire need.

Akewugbagold also noted that he stopped supporting the Oyo State Chapter of the All Progressives Congress after he went to some of the party chieftains to help secure the release of a family member who was wrongly arrested by members of the Nigerian Army but they only gave false promises.

Listen to the full story below: