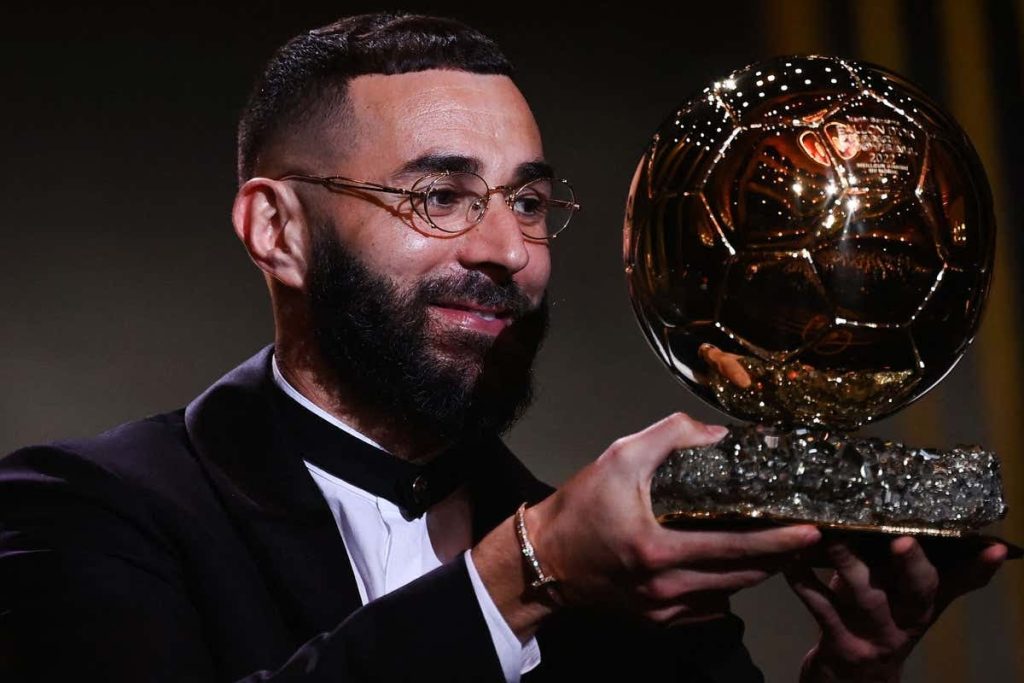 Real Madrid’s Karim Benzema has won the 2022 Player of the Year Ballon d’Or award in Paris on Monday night.

This would be the forward’s first Ballon d’Or of his career. The 34-year-old had never finished inside the top three in previous years, but he finished today ahead of Kevin De Bruyne, Sadio Mane and Robert Lewandoski.

The award was presented by former Real Madrid’s coach Zinedine Zidane at the Theatre du Chatelet in Paris, France.

The striker begins to offer words of thanks and cites Zizou and Ronaldo as inspirations.

Benzema was the top scorer in Spain’s La Liga and the UEFA Champions League in the 2021/22 season, as Real Madrid won both competitions.

A total of 12 of the last 13 winners have been named Lionel Messi or Cristiano Ronaldo. Croatian midfielder Luka Modric, interrupted the hegemony in 2018.

This year Messi did not make the cut for the finalists, though Ronaldo did. Messi has won it a record seven times, while Ronaldo has claimed five.