Ekiti Speaker Was One of Our Finest – Oyo Speaker Mourns Afuye 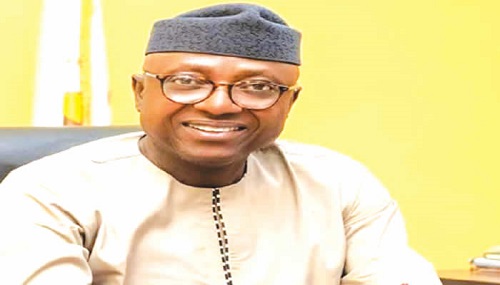 Hon Ogundoyin in a statement on the death of the Speaker said he was stunned when he learnt of the sudden death of Hon Afuye.

Oyo Speaker also commiserated with the Nigerian Conference of Speakers on the unfortunate incident.

He prayed to God to give the family of the deceased the fortitude to bear the loss, and protect the entire family he left behind.

” The death of Hon Funminiyi Afuye was shocking. He was one of my closest friends in the Conference of Speakers and i have benefitted immensely from his wealth of experience as a one time Commissioner in Ekiti State, and two time member of the State Assembly. I will surely miss him. All of us will miss his political experience and elderly dispositions to affairs. May God rest his soul eternally. “