Ibadan-Iwo-Osogbo Road Will be Ready in 18 Months — Contractor 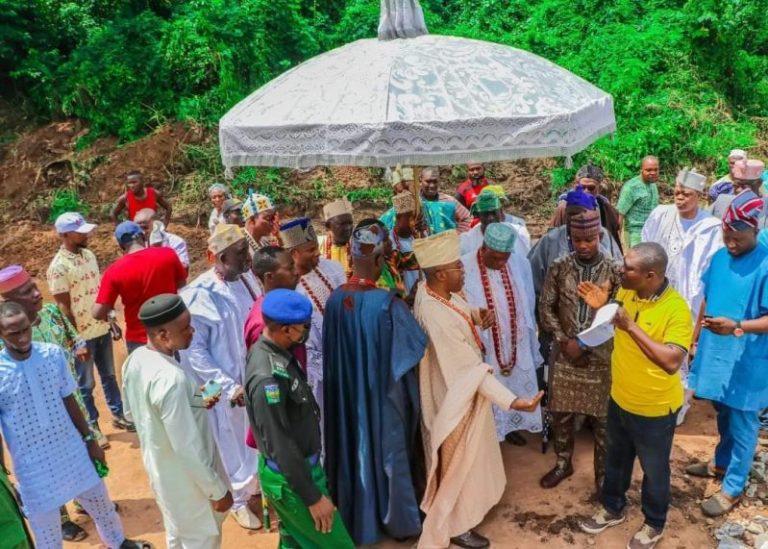 Mr Lanre Adeleke, the project contractor in charge of the Ibadan-Iwo-Osogbo Road reconstruction co-funded by the Osun and Oyo State governments, has revealed that the project will be completed in 18 months’ time.

Adeleke, who spoke while receiving monarchs from Iwo Federal Constituency led by the Oluwo of Iwo, Oba Abdulrosheed Akanbi, at the site of the project, also said before the reconstruction work would commence, there would be patching of bad portions to ease the plight of commuters.

He said upon completion of the reconstruction work, travelling from Ibadan through Iwo to Osogbo will take less than 50 minutes.

“By the time we are done with the construction of the road, the time of movement between Ibadan and Iwo will be 25 minutes and from Iwo to Osogbo it will be 23 minutes.

“We have mobilised to the site. This is a 91-kilometre road being funded by Oyo and Osun governments under a collaborative effort called ‘The Alternative funding approach.’

“The two states have shown commitment. The contract has been awarded to our organisation, so we are good to go. We are going to deliver the road in 18 months, which is the duration of the contract,” he stated.

In his remarks, Oluwo of Iwo, Oba Abdulrosheed Akanbi said the residents of the area have been subjected to untold hardships following the dilapidated state of the road.

Oluwo, however, commended the Governors of Oyo and Osun States, ‘Seyi Makinde and Adegboyega Oyetola, respectively, for their commitment towards the project.

“The road construction has built a strong relationship between Osun and Oyo States. It cemented and developed growth. This road has been troubling us and today, we thank the Oyo State Governor, ‘Seyi Makinde, and Osun State Governor, Gboyega Oyetola, for setting aside politics and listening to the masses”, the monarch stated.