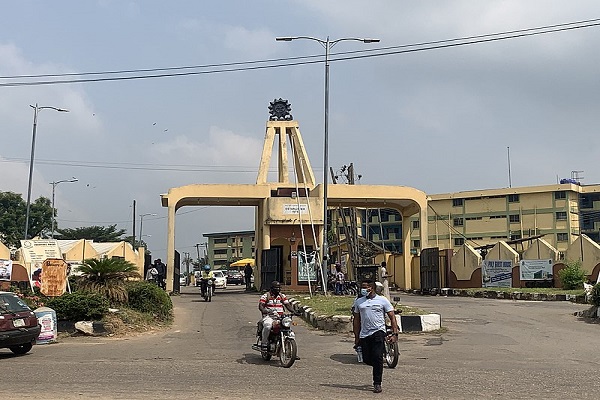 Two students of The Polytechnic, Ibadan, Beyioku Richard, ND 2 Mass Communication and Oyewole Dotun HND 2 of Local Government Development Studies have been handed indefinite suspension and expulsion respectively for allegedly kidnapping an HND 1 Public Administration student, as well as assaulting a security officer of the Institution.

A statement from the Institution on Wednesday, signed by the Registrar, Mrs Modupe Theresa Fawale disclosed that Oyewole Dotun’s expulsion was determined after the Students’ Disciplinary Committee of the Institution met on his case on Thursday 6th October, 2022.

His co-suspect, Beyioku Richard failed to appear before the Institutions’ Disciplinary Committee and thus he remained suspended indefinitely.

Olubiro Basit Ajibola, an ND 2 Estate Management and Evaluation student alleged to be involved in a case of armed robbery also failed to appear before the Disciplinary Committee of the Institution and thus suspended indefinitely.

It was decided that he should not be offered admission for Higher National Diploma (HND) under any guise so as to prevent him from infiltrating The Polytechnic community.

The Institution in the statement advised parents and guardians whose wards attend The Polytechnic, Ibadan, to take time to monitor the activities of their wards as the Institution will not hesitate in taking drastic actions on any student whose conduct will tarnish the image of the school.

The statement also urged all students of the Institution to be law abiding and give information on suspected illegal activities of both students and non students that they are aware of.

The statement further noted that the Institution will be working together with law enforcement agencies to prevent crimes on campus and also protect law abiding students, staff and the entire Polytechnic community.