Flying Car That Could Turn Into Biplane Unveiled 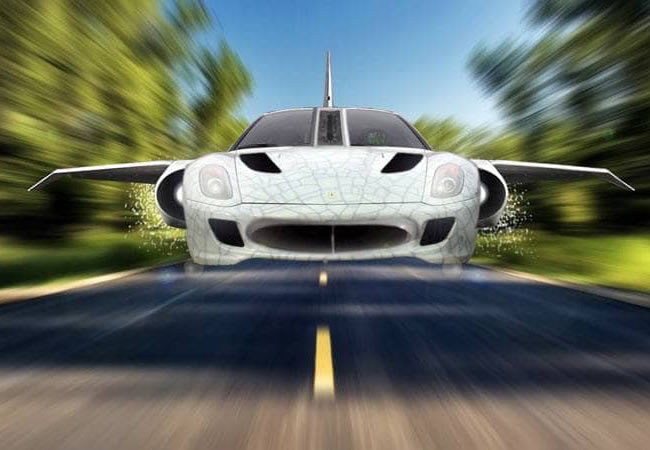 At a launch event at Draper University in San Mateo, California, a start-up revealed how its flying car hopes to take off.

Alef bills its still-in-development electric vehicle, the Model A, as the first true flying car – a vehicle that it hopes will look like a sleek electric car but be capable of vertical take-off, and able to fly for 110km (68 miles).

According to a BBC report, the firm hopes to compete in a market occupied by well-advanced rivals, such as AirCar and the Pal-V gyrocopter that are already flying and driving.

But Jim Dukhovny, Alef’s chief executive and co-founder, argues most existing vehicles are not strictly flying cars in his opinion.

“A flying car has to be a car, which means it can drive on a regular street, park in a regular parking space. And it also should have vertical take-off,” he told the BBC.

“If you require an airport to take-off, what problem are you solving? And why is this a flying car?”

The top surface of the Model A’s car-like exterior is a mesh so that air can pass through to eight propellers inside the body which provide lift.

But flying any distance using these alone, without the assistance of wings, would require prohibitive amounts of power.

Alef’s proposed solution is novel – for longer flights the Model A transforms into a biplane.

After a vertical lift-off, the Model A will turn onto its side, the two-person cockpit swivels so the driver remains facing forward, and the car becomes a biplane with the long sides of the vehicle forming the top and bottom wings.

The classic biplane shape, with two wings, one on top of each other, is easier to see in the Model A if you imagine the mesh in-between the solid sides being removed. Alef has also produced a video visualising the transition.

Forbes observed that the way it would fly resembles the Opener Blackfly, an existing vertical take-off electric aircraft.

“The design is right on the ragged edge of what the physics and technology can do, which is where you would expect it to be,” says aeronautical engineer Professor Steve Wright of the University of the West of England.