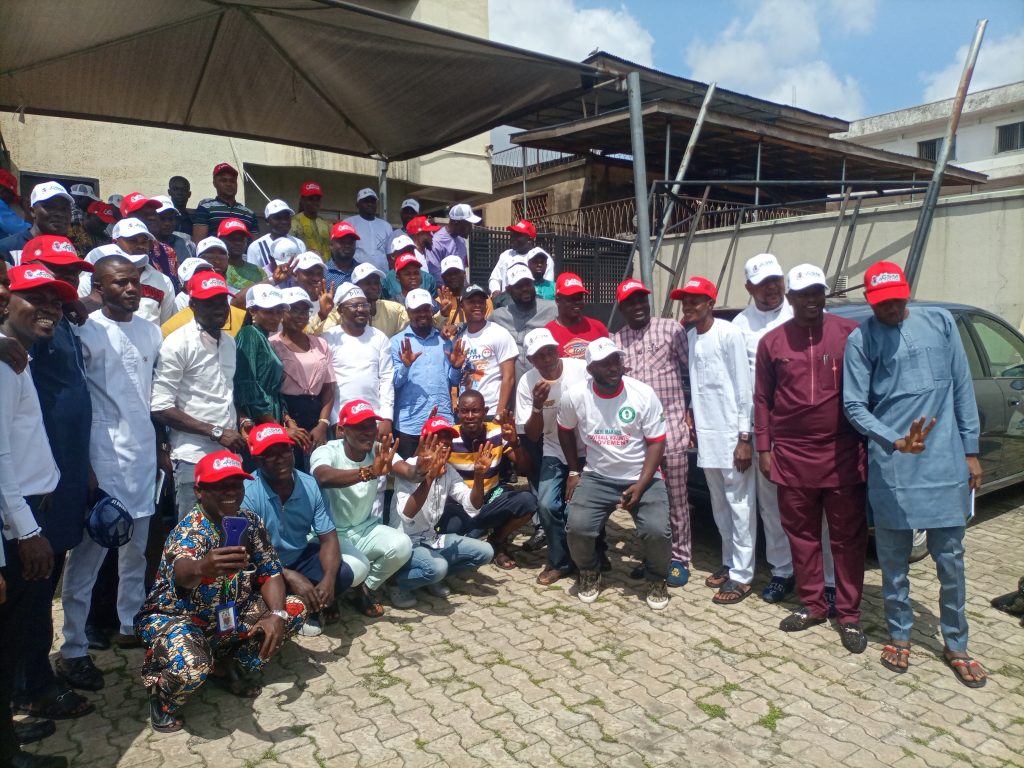 The Youth director general, Hon Dikko Dalami, in his speech, appreciate all nominees for accepting the role to work assiduously for the re-election bid of Governor Seyi Makinde, he charge them to work with all critical stakeholders in their respective local government, adding that no stone should be left unturn as they embark on massive youth centric political mobilisation.

“Our sole target from the youth constituency is five hundred thousand votes, this can only be achieve, if we as youths work hand in hand together, we have the largest voter registration, what we need is to put our Arsenal together, preach the gospel of our ever working Governor and deliver your votes at the polls.

The Oyo South Senatorial District Youth Coordinator Hon. Seun Olufade in his speech, thank the Youth director, Hon. Salami Dikko for counting him worthy of the position, in his word “It’s time for us to show that we can do better than 2019, he charge all local government coordinators under him to be work ready, adding that Oyo South will record another history in votes for Governor Seyi Makinde.

Dr. Oke Legacy in his remark, “thank Governor Makinde For the recognition while promising to deliver his senatorial district along with the Youth Coordinators. Equally, Oyo Central Senatorial District Youth Coordinator,
Egalitarian Ishola Lamosagacious charge youth coordinators from the central to go back to their respective local governments, wards and units to mobilize the youth for GSM and other pdp candidates election. He emphasize on delivering Oyo central for all our candidates and the only way to do this is to mobilize, sensitize and educate the youth on the reasons why they need to vote for all our candidates.

In their remarks Prince Falana Adebowale, Prince Asanike Former Caretaker Chairman Of Akorede LCDA, Hon. Laskas, Bashorun Saintabey Charged the coordinators to do things in their capacity to deliver the mandate.