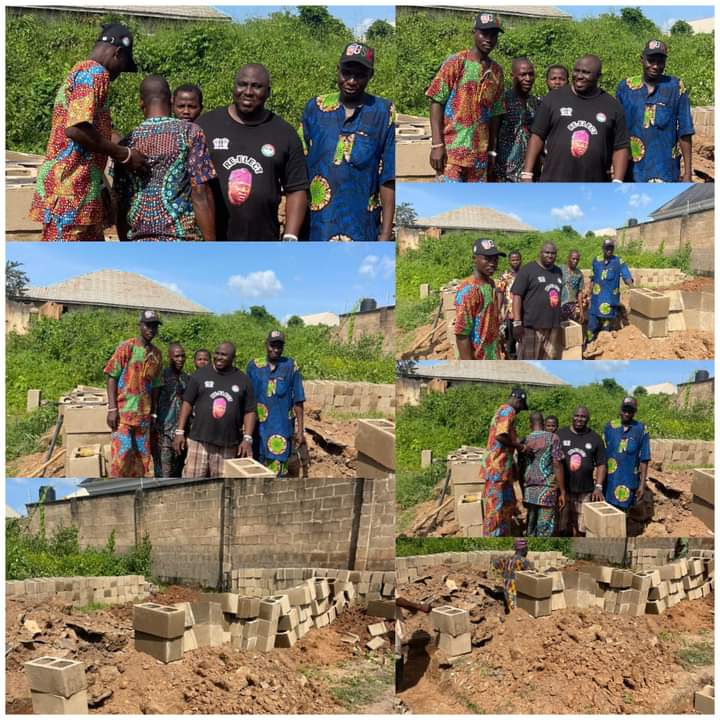 The Founder Omi-tuntun Benedict Forum, Oloye Benedict Akika, who yesterday donated a branded campaign vehicle to his forum, has today at a ceremony lay the foundation of the proposed central mosque Apon in Akinyele local government.

Oloye Akika a strong ally of governor Seyi Makinde had earlier promised the Apon community to build the central mosque reiterated is readiness to see the mosque to completion.

Oloye Akika in his brief remarks noted it was a pleasure for him to lay the foundation of the Central Mosque, noting that though he is a Christian but like his Boss Engr. Seyi Makinde Executive governor, Oyo state he is a lover of Islam and he will continue to do all within his power to promote Islam which he described as a religion of Peace.

The Chief Iman of Apon Central Mosque, Alhaji Mustapha Adebisi appreciate the benevolence of Chief Benedict Akika, in his words “Oloye has shown over the years that he’s a man with a large heart, unlike other politicians he has prove to be a man with a difference, We pray that Almighty Allah continue to bless him in thousand folds.