Petrol Can No Longer Sell at N180 in Oyo, Osun — IPMAN 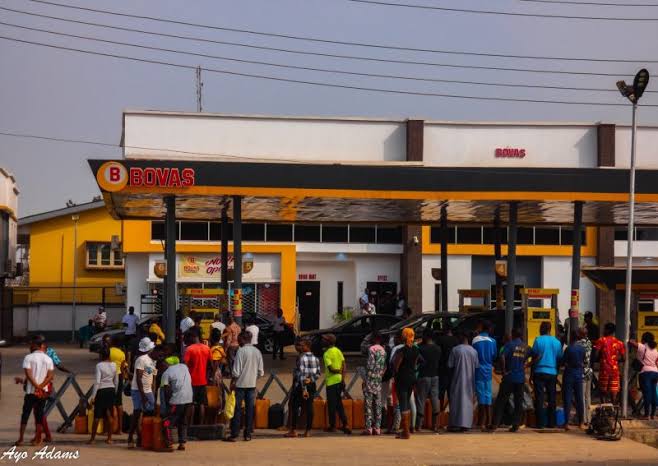 The Independent Petroleum Marketers Association of Nigeria (IPMAN) has said that selling Premium Motor Spirit (PMS) at N180 can no longer be feasible in Oyo and Osun states.

Mr Mutiu Bukola, Chairman of IPMAN’s Ibadan Depot, which serves Oyo and Osun states, stated this to newsmen in Ibadan on Wednesday.

He said that PMS price will now increase to N195 per litre in both states, due to scarcity

Meanwhile, queues were resurfacing in some petrol stations in Ibadan today, as PMS became scarce.

It was gathered that the long queues were a result of the rumour of scarcity of petrol across the country.

IPMAN has, therefore, said that its members would increase the pump price, stating this decision was necessary to avoid the long queues in Oyo and Osun.

Bukola explained that it is not possible for members of the association to sell at the old price.

He added that this is due to the increment in the landing cost and the cost of transportation.

He said, “We can’t buy petroleum in Lagos again. Whatever we see, they are selling for us at the rate of N178 without transport.

“The landing cost is now N195. If we buy at the rate of N178, it will take a minimum of N12 to get to Ibadan. If you add N178 to N12 you will know how much it will be. We are struggling to ensure that queues are no more in the petroleum stations.