One Dies, Others Injure As Garbage Truck Loses Control in Ibadan 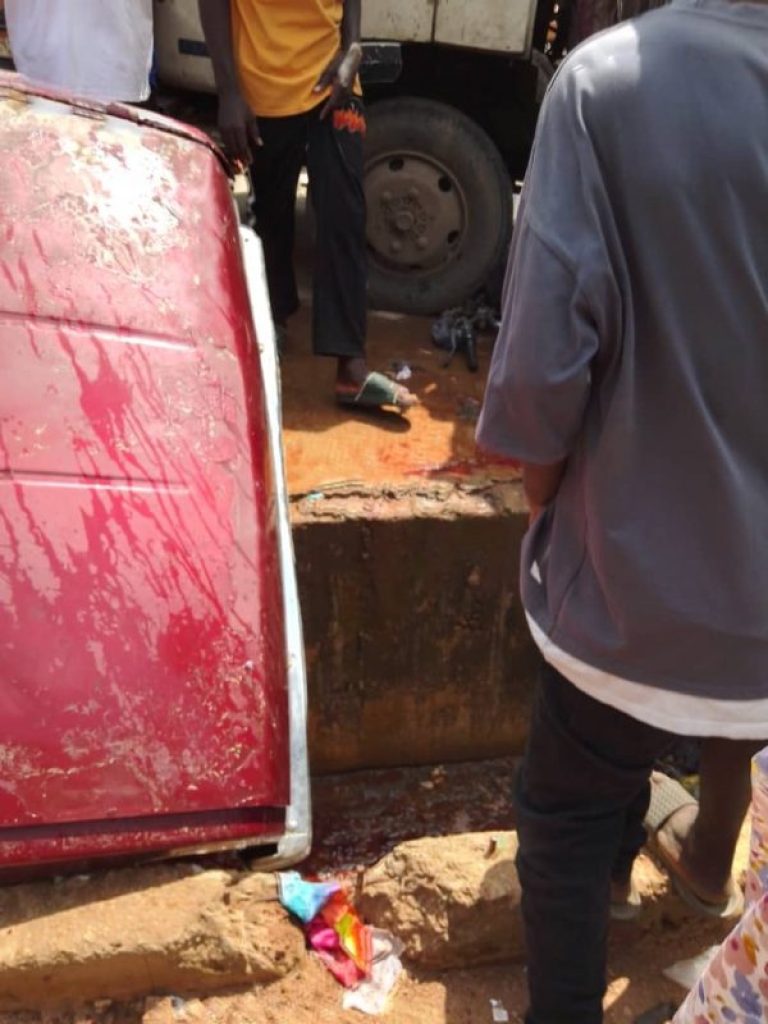 A mega road crash involving a refuse disposal truck with the Oyo State Waste Management Agency, (OYOWMA), a-10 seater commercial bus, a minivan, and a commercial motorcyclist with two passengers in Awotan, Ibadan, on Thursday, claimed the life of one person, leaving others injured.

According to an eyewitness, the accident which occurred on Thursday was caused by the collision of an over-speeding garbage truck with some other vehicles, due to a brake failure.

Report has it that two other vehicles were parked by the roadside when the truck rammed into them in an attempt to swerve off the road.

In the process, the truck crushed a motorcyclist, whose corpse was immediately evacuated to the Apete Police Divisional Station but later released to his relatives from Iseyin for burial.

Two other passengers who sustained varying degrees of injuries, a female serving corps member and a male, are reportedly receiving medical treatment at a private hospital in Awotan.

The Divisional Police Officer, Apete, Mrs Grace Akinsehinwa confirmed that a suspect, who claimed to be the truck assistant driver was still in custody and helping with investigations.

The truck driver was however rescued from being lynched by an angry mob who condemned incessant cases of waste disposal truck accidents on the road.