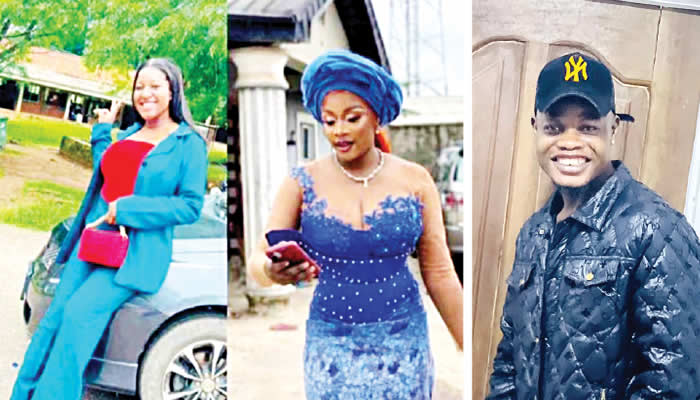 Students of the Moshood Abiola Polytechnic, Abeokuta, Ogun State, have started a fundraising campaign to release their colleagues who were kidnapped by gunmen along the Lagos-Ibadan Expressway.

Two MAPOLY students, Adejare Olayemi (male) and Oluwatobi Orekoya (female), and one Aminat Taiwo (female), were kidnapped on Friday on their way to Ibadan, Oyo State, alongside a former Deputy Vice Chancellor of the University of Ibadan, Professor Adigun Agbaje.

The students and the professor were reportedly picked up near the Sat Guru Maharaji Garden, Ibadan end of the expressway.

The abductors later contacted the families of the victims and demanded N50m for Agbaje, while N10m each was demanded for the students.

PUNCH Metro gathered that the President of the Students’ Union of the school, Sodiq Ajani, and his Publicity Secretary, Joy Okolie, issued a statement soliciting funds to rescue their colleagues.

Our correspondents also obtained a poster containing information and pictures of the students, which was circulated on social media and different WhatsApp groups.

A source revealed that during the negotiation with the kidnappers, they agreed to take N2m for each of the students.

He said, “We have raised the ransom of one of them, but the other person’s money has not been completed. We are looking for the money so they can be released together.”

Ajani confirmed the reduction of the ransom in a telephone interview with one of our correspondents on Sunday.

He said, “Through friends and other supports, we have raised over N900,000 as of this morning (Sunday). The money is not complete yet; we are still soliciting more financial support.

“There are only a few hours left before the deadline given by the kidnappers.

“The students’ union has reached out to the state government through the SA on students’ affairs. We have also met with the Ogun State Commissioner of Police and the Director of DSS.

“We were assured that the security agencies were working fastidiously to facilitate the release of the victims. However, the urgency and sensitivity of the matter necessitated the fundraising.

“We urge the public to save the lives of these students. Tomorrow may be too late as the ultimatum given by the captors ends today (Sunday).”

The Head of Public Relations of the institution, Yemi Ajibola, said the school had reported the case to security agencies and the state government.

He said, “As of today, I learnt the kidnappers have reduced their demand, but I will not be able to give details.”

Meanwhile, the Oyo State Police Command has said its officers and men are combing the forests to rescue those abducted by the gunmen.

The state Police Public Relations Officer, Adewale Osifeso, said, “The Deputy Commissioner in charge of the State Criminal Investigation Department is leading the operation. Officers and men of the command are in the bush as I talk to you and doing everything to free the victims. That is the most important thing to us now and we are working to ensure that.”

Oluwatobi’s family member, Segun Orekoya, late on Sunday, said she had been released.

He added that she was released along with her friend, Taiwo, adding that N2.2m was paid for their ransom.

He said, “It is confirmed, they were released this evening (Sunday). The two girls were released after the kidnappers collected N2. 2m.

“They are presently home with their families. I don’t have the full details, but I know they have been released.”

The student leader, Ajani, also said the male student had been released.

There were also unconfirmed reports that the professor had been released.

Efforts to confirm the development were abortive as of press time.