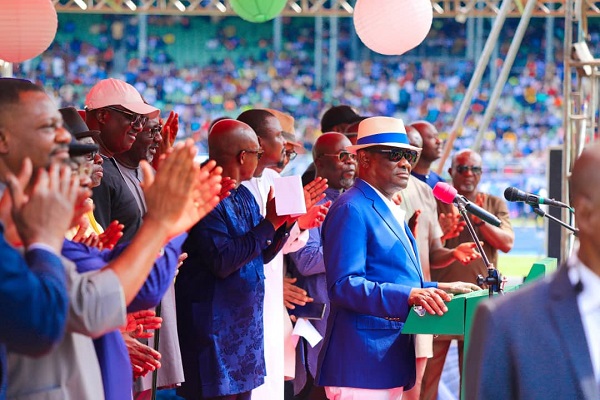 Rivers Governor Nyesom Wike has increased the number of his newly appointed special assistants on political units to 200, 000.

The Governor, while inaugurating the last batch of the 100,000 appointees at the Adokiye Amiesimaka Stadium, Omagwa in Ikwerre Local Government Area on Friday, said he decided to increase the number to accommodate more people, who had shown willingness to work for him.

The Governor, who said the gesture was part of the stomach infrastructure he promised the state, asked local government chairmen to return to their domains and identify more people for appointments.