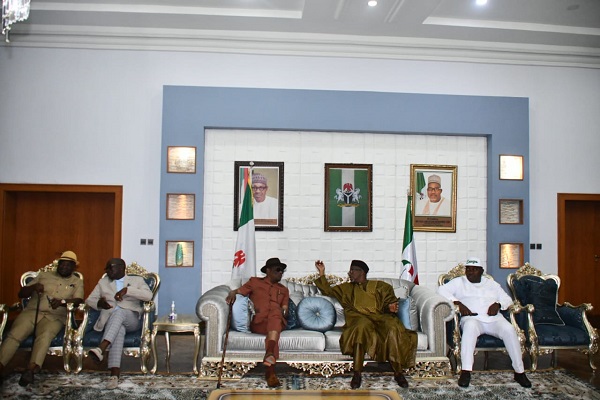 The Nation reports the G5 is trying to capitalise on the perceived rift between Mohammed and the presidential candidate of the Peoples Democratic Party (PDP) Atiku Abubakar.

They arrived at the Government House around 12:30 pm without Oyo Governor, Seyi Makinde ,who is also part of the group.

The G-5 has been demanding resignation of the National Chairman of the party, Senator Iyorchia Ayu, as a condition to support Atiku in 2023.

Mohammed had complained to Ayu that Atiku had sidelined him by refusing to visit him after the presidential primaries, although he visited other aspirants.

The Bauchi Governor, who doubles as vice chairman of the Atiku Campaign Council in the Northeast, also alleged that Atiku picked campaign coordinators from his State without consultation with him.

In his letter to Ayu, Mohammed opened up on how he was hurt by Atiku and demanded an apology.

In his view, Atiku was bent on “punishing him for contesting the presidential primary and not stepping down for him”.

Mohammed’s letter of November 3 to the national chairman forced Ayu to lead a delegation to Bauchi last Saturday to appease him.