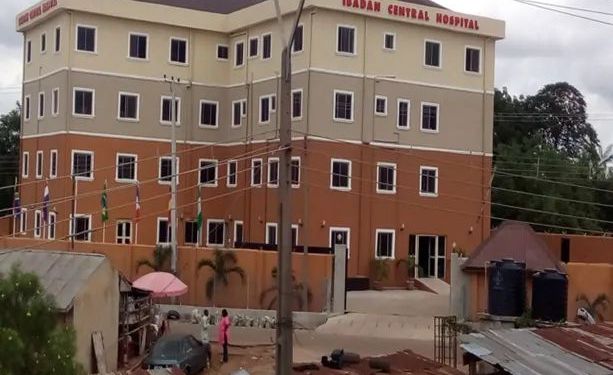 Sequel to the viral reports that some sections of the corpse of a 91-year-old woman, Madam Rachael Osayintolu who died in the facility of Ibadan Central Hospital, Oke-Ado, Ibadan were mutilated, the Chairman of the hospital, Dr Abib Olamitoye, has broken his silence for the first time.

Olamitoye, the former President of Ibadan College of the Alumni Association Worldwide, who broke the silence in a Facebook post on Wednesday, stated that for the first time since the purported incident went viral in the media space on Monday, October 31, 2022, he slept soundly in the night of November 8 to 9.

He added that the staff of the hospital arrested by the police have regained their freedom, after spending about six days in custody.

In his words: “To God be the Glory always. Last night, I slept soundly for the first time this November. Today is November 9th, 2022. The last eight days have witnessed sabotage and a malicious attack on Ibadan Central Hospital. To the glory of God, all the staff members who were apprehended have regained their freedom.

“With the redirection of my mind from the damage being done on the radio, the social media attack on our brand and the news of woes being peddled, the burden I felt dropped. I went to bed light-hearted and slept soundly. I give God the glory.

“At 65, after establishing the two biggest private hospitals South West of Lagos, and the two biggest private hospitals in Ibadan, having authored 23 books to help different people from various walks of life develop themselves and create wealth, and having various other companies both in Nigeria and the United Kingdom, which employ over 500 staffers, I thank God for a fulfilled life”, he added.