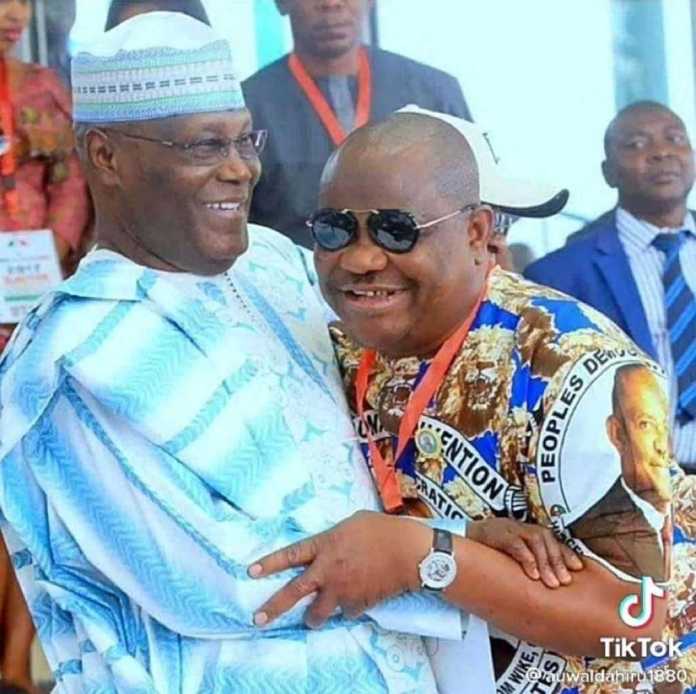 Source report that Atiku has welcomed reports that Wike and his strategic team are disposed to a lasting resolution of the protracted crisis rocking the party.

The Media Adviser to the PDP presidential candidate, Paul Ibe disclosed this in a statement made available to newsmen in Abuja.

Part of his statement reads, “The presidential candidate of the Peoples Democratic Party and former Vice President of Nigeria, Atiku Abubakar welcomes reports that the Governor of Rivers State, Nyesom Wike and his group are favourably disposed to the resolution of the issues with the PDP candidate.

“Atiku Abubakar also expresses his commitment to a negotiation that will resolve the crisis of confidence and pave the way for a much stronger and united PDP.

“He enjoins every leader of the party and their supporters irrespective of their leanings to be open-minded and support the process of resolution of the extant issues”.

Recall that the outcome of the party’s presidential primaries and subsequent selection of the Delta State Governor, Ifeanyi Okowa as Atiku’s running mate for the 2023 general polls pitted Wike and four other governors of the party against Atiku.

Also, the G-5 demanded for the resignation of the National Chairman of the party, Senator Iyorchia Ayu in order to address a structural imbalance of the party’s national executive said to be in favour of the north against the south as presently constituted.