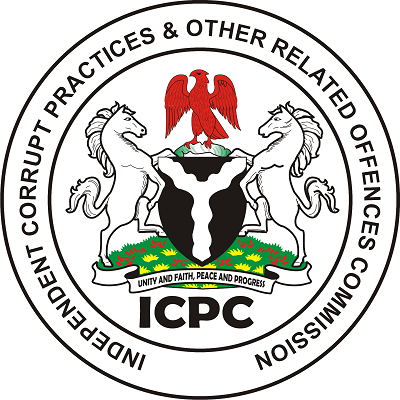 THE Independent Corrupt Practices and Other Related Offences Commission (ICPC) said it has commenced tracking 33 constituency projects facilitated by some elected Senators and House of Reps members from the State.

It said its purpose was to investigate fraudulent procurement practices in the award of contracts for selected projects across the state.

Assistant Chief Superintendent Investigation, ICPC, Mr. Osove Andrew, who spoke to journalists in Akure, said the exercise was to ensure that all government-funded projects were executed fully to their specifications as well as make recoveries where the project costs were inflated by contractors or poorly executed.

Osove said the exercise took his team to Ile-Oluji, Ikare-Akoko, and Oka-Akoko in Ondo South and Ondo North Senatorial districts.

According to him, “The first project we visited at Ile-Oluji was an empowerment project that has already been done. To capture that kind of project is not that very easy but the list of registers showed 124 people took the motorcycles. We can actually call them to ascertain, to make sure that they actually took the delivery of the motorcycles.

“One of the things that are of concern is that the contractor has overshot its expected date of completion. But from the information we’ve gotten from the agency supervising the project, they told us that he had remobilised to the site last month and we are hoping that they will continue and complete the job.

“The essence of this exercise is basically to ensure that federal government projects assigned to communities have value for money.”