One Dies, Another Injures As Warehouse Collapses In Ibadan 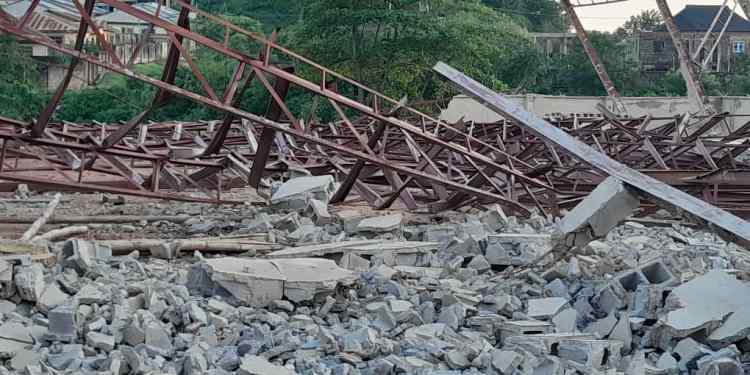 The Babalola family was on Thursday night, thrown into mourning after a warehouse under construction behind Halleluyah Petrol Station, Soka on Lagos/Ibadan axis collapsed, killing a teenager, named Bolaji Babalola leaving another, Segun Abajingin seriously injured.

It was gathered that the owner of the warehouse, simply identified as Alhaji Badmus popularly known as “Omo Alhaja is the Chairman of the Drivers’ Union, SUMAL Foods.

According to reports, the warehouse collapsed on a Mosque and a structure within another compound, killing the said teenager and injuring the other person.

In the meantime, two surviving occupants of the structure, Tiri Olaniyan and Kunle Olasunkanmi recounted that this was not the first time the said warehouse would partially collapse and the owner would continue the construction.

They alleged that since the construction of the warehouse, they have never seen an engineer or monitoring officer from government agencies.

They further alleged that the owner of the collapsed warehouse was the one supervising the construction since its inception, thus, calling on the relevant government agencies to come to their aid to stop further reconstruction without a qualified engineer and government approval.

The incident has however been reported at Sanyo Police Station.