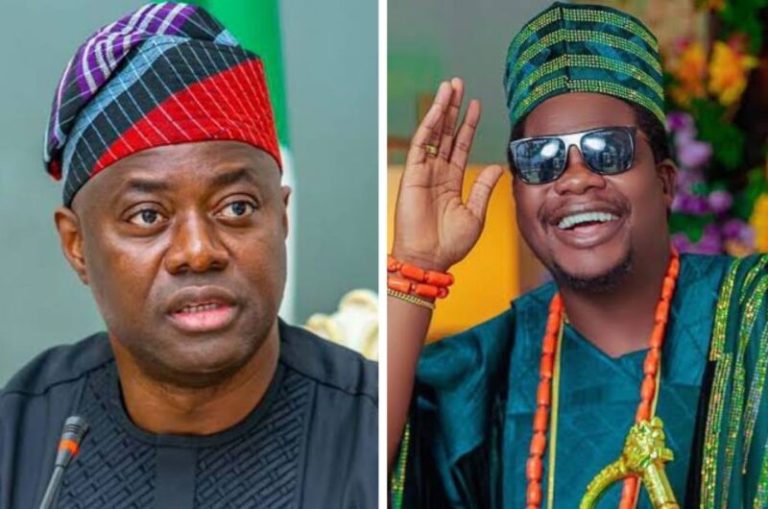 Superstar Comedian and Actor, Adebowale Adebayo popularly known as Mr. Macaroni has commended the effort of Governor ‘Seyi Makinde and other stakeholders that have shown concerns towards ensuring an impressive security presence on the Lagos-Ibadan Expressway.

Mr. Macaroni who made this known in a tweet on his official Twitter page maintained that amidst security challenges in recent days along the route, he ploy the road to Oyo state for a film project and realize an improved performance on security architecture on the expressway.

He said “I came to Oyo to film amidst the dreadful kidnapping news over the last couple of weeks.

I was highly impressed by the security presence of Amotekun. 👏🏾👏🏾👏🏾 Kudos to all involved.

In a similar development, Debo had extend his kudos to security men who take it as a responsibility and put their lives on line to ensure adequate security of other people in the country.

He said “Shoutout to all security agents doing their best to keep the people safe. You have put your lives on the line to protect the lives of others. I salute you 🙌🏾👮🏾‍♂️”.