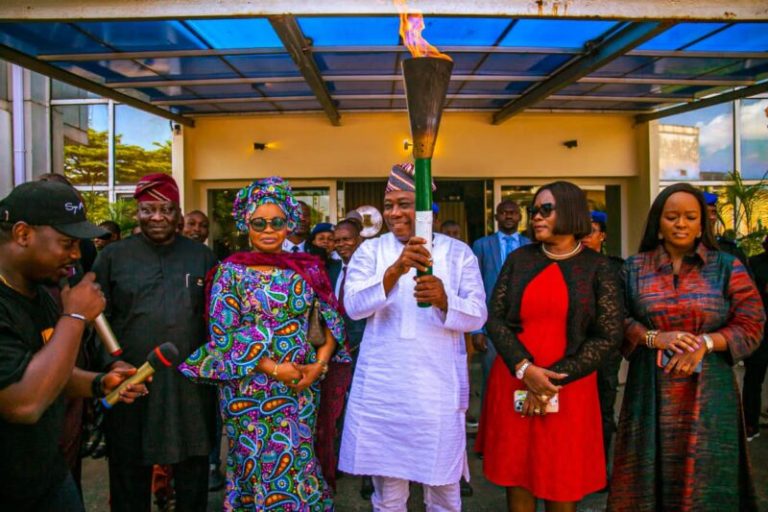 The Oyo State Governor, ‘Seyi Makinde has challenged the athletes who will represent the state at the 21st National Sports Festival, to put in more effort in order to bring home more medals than in the last competition.

Makinde, who was represented by his deputy, Barrister Abdul-raheem Adebayo Lawal, said the torch of unity symbolises unity for the nation and stands for peace, tranquillity, and all that is good despite the nation’s diversity.

He said: “You are quite welcome in Oyo State. We have always taken the necessary steps to encourage sport in our state.

“Asebi Oyo lari, Oyo ko se Bi Baba Enikan, is who we are.

“We are making every effort to encourage sport, and the recently renovated sports complex in Adamasingba, which had been abandoned for years, now has a contemporary appearance.

“We are charging our athletes to continue winning awards as they did previously.

“We pray to God to be with you as you move on to Osun State, carrying the unity torch around”, he added.

Recall that the president, Muhammadu Buhari launched the Sports Festival in October 2022, stating that the unity torch will spread across the 36 states.

The 21st edition of the National Sports Festival, NSF, which was earlier scheduled to take place between 2nd-15th November, will now hold from 28 November to 10 December, in Delta State.