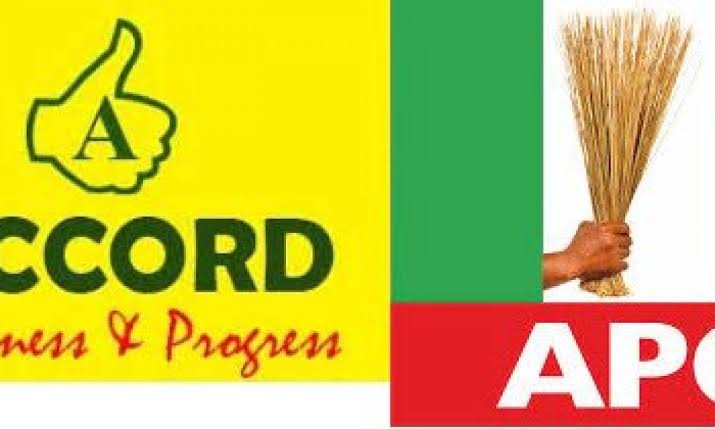 The Oyo chapter of All Progressives Congress (APC) on Friday denied involvement in the reported violent attacks against the gubernatorial candidate of the Accord, Adebayo Adelabu.

It said the accusation was not just ridiculous but also reckless and regrettable.

The party urged the Police to investigate veracity of the claims with a view to establishing whether or not the attack actually happened and possibly unmasking the culprits.

Adelabu alleged on his social media platform on Thursday that his convoy was attacked at Tede town in Oke-Ogun part of the State where he had gone to campaign.

He accused the APC on which platform he contested the 2019 governorship election for the attack.

But a statement by Oyo APC Publicity Secretary Olawale Sadare said: “We have a good reason to doubt the claims of attacks by the former deputy governor of the Central Bank of Nigeria (CBN) in view of his ceaseless exhibition of desperation to become an elected governor after he had wasted the princely opportunity which came his way in 2019.

“The place where he claimed to have been attacked is not known for harbouring agents of political violence while the ruling party notorious for sponsoring such attacks might not even need to strike in Oke-Ogun for obvious reasons.

“Adelabu claimed three of his attackers who were arrested confessed to be working for us (Oyo APC) but we find this statement utterly reckless, irresponsible and defamatory. It is on this note that we are calling on the authorities of the Nigeria Police, Department of State Security and other relevant security agencies to immediately launch a thorough investigation into the matter and make public their findings for the whole world to know the truth.

“For the avoidance of doubt, neither Oyo APC nor any of our candidates or leaders (including our gubernatorial candidate, Sen. Teslim Folarin) has harboured miscreants who could be sponsored to attack anybody and we would not watch while Mr. Adelabu or anyone for that matter who feels the best way for him to secure sympathy from the electorate is to ceaselessly drag our reputation in the mud.

“It is on record that while the internal process aimed at producing the candidates of party for 2023 poll lasted and Adelabu was with us, there was never a time anyone raised a finger against him regardless of his penchant for direct provocation and cheap blackmail of perceived opponents.

“This tells a lot about our enviable credentials as democrats and peace-loving political players while our major concern now is how to mobilize electorate in the state to vote all the candidates of the APC (including Sen. Bola Tinubu as the next President of Nigeria, Sen. Teslim Folarin as the next governor of Oyo state and so on.”