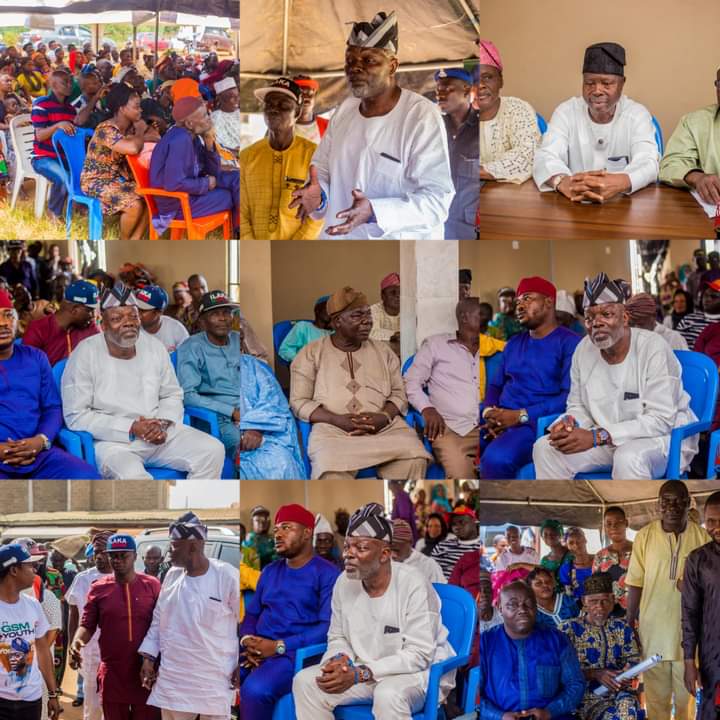 This assurance was made on Thursday in Ibadan, in continuation of the Senatorial candidate campaign across Oyo Central Senatorial district, held at Gbagi market, Egbeda local government area of Oyo State.

Speaking at the meeting, the Babaloja General of Oyo State, Alhaji. Y.K Abass commended the consistency of Chief Luqman Oyebisi Ilaka and his readiness to give the people of the Oyo Central a quality and first class representation.

He added that Bisi Ilaka is a renowned name in Oyo Central zone, who has done a lot in the area of poverty alleviation and wealth creation in Oyo Central, he added that his visit to the Gbagi market will further boost his acceptability.

He said further “This Senatorial zone await Ilaka, we have suffered poor representation and we look to Ilaka to change the narrative. Chief Ilaka has promise to use the influence of the seat in the National Assembly to address the acute and perennial problems facing this district and bring new ideas, empower market men and women, use his influence to lobby great project and employment of our children who are graduate in various profession”

Also speaking at the event, Alhaji Ganiyu Adetayo, the market chairman urged Ilaka not to relent in his efforts. He noted that they will vote PDP across board.

The Egbeda State Assembly lawmaker seeking reelection, Hon. Sunkanmi Olawale Babalola, appreciated the traders for their warm reception, stressing that this is the first time Babaloja-general will
emerged from his constituency (Egbeda). He urged them to continue to support Engr Seyi Makinde’s laudable administration in the state, as well as ensure they vote for his re-election.
The lawmaker used the medium to charge the traders to ensure that they reciprocate the good gesture of Governor Makinde towards them by voting in their numbers for all PDP candidates in the coming elections.

In his Remarks, the former Chief of Staff to Governor Seyi Makinde, Chief Luqman Oyebisi Ilaka expressed gratitude to the traders for their support, while urging them not separate their votes and ensure they cast their votes for PDP candidates all through come February, 2023.

He further promised to be accountable, accessible while adequately representing Oyo Central at the Red chamber.