Govt. Trains Monarchs, Others on Peaceful Co-Existence in Oyo 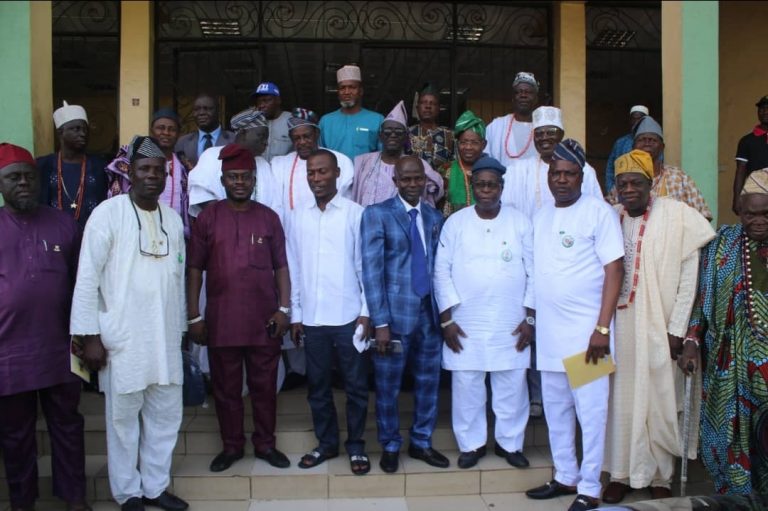 The Oyo State Government yesterday concluded a two-day training on peace-building and conflict management for traditional rulers, politicians and other stakeholders in Oyo State.

This is part of the Government’s efforts to further promote harmony between the Traditional Rulers and Political functionaries, for accelerated development across the state.

The training which was organized by the Ministry of Local Government and Chieftaincy Matters, was held in Ibadan, the State capital.

While declaring the training open, the State Commissioner for Local Government and Chieftaincy Matters, Barrister Olasunkanmi Olaleye, said the timing of the event was apt considering the forthcoming election in the Country.

He maintained that the role and relevance of the traditional institution in good governance and democratic processes cannot be underestimated.

Barrister Olaleye, who was represented by his Permanent Secretary, Mr. Joel Ajagbe, commended the monarchs, saying the training was aimed at stemming the tide of rising conflicts in some parts of the State and further promote peace.

“One of the Ministry’s major functions was to ensure harmony between the Local Government Political functionaries and Traditional Rulers which has been abandoned for decades, hence the present government under the leadership of Engr. Seyi Makinde’s approval of the training for the local governments in the state to experience reasonable development”, he said.

He added, “Traditional Leaders are the custodians of cultural values, norms, informal rules, code of conduct and conventional practices that established governance before the colonial era, therefore the relationship between them and political functionaries has to be cordial for any development to take place at the grassroot”.

The Commissioner further noted that the concept of the training was in line with the state government’s initiative for enhancing peace in the State.

Also in his remarks, the Okere of Saki, HRM Khalid Olabisi thanked Governor Seyi Makinde for approving such a remarkable programme in a time when Nigeria is preparing for general elections.