My Husband Criticises How I Kiss in Movies — Actress Bukola Arugba 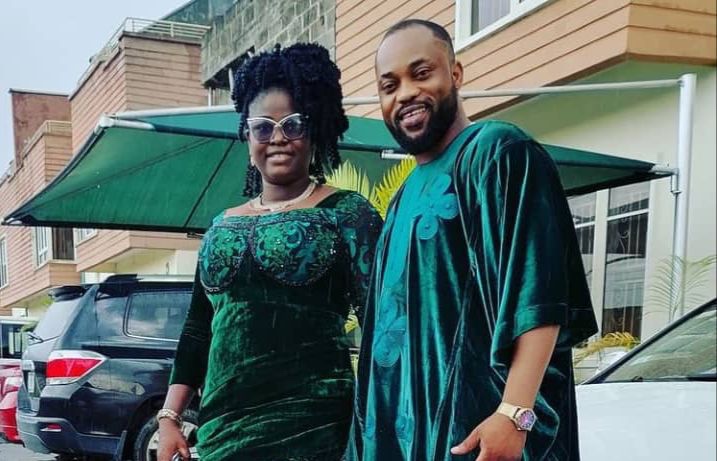 Ace Nollywood actress, Bukola Arugba has come online to maintain that her husband criticises her acting prowess whenever she performed poorly in kissing during movie filming.

Recall that since her stellar performance in the movie, ‘Arugba,’ directed by legendary filmmaker, Tunde Kelani, ten years ago, actress Bukola Awoyemi, popularly known as Bukola Arugba, remained Nigerians’ sweetheart on the silver screen until 2014, when she encountered her first scandal as an actress.

It was reported that Bukola snatched her actor-husband, Damola Olatunji, from another woman.

However, in an exclusive chat with Saturday Beats, the mother of twins said that it was the most challenging time of her life.

“People do not know the true story of an event but they just conclude and pass judgment. It was not easy for me back then because it was the most challenging moment in my life. I am a very quiet person and it was a very gloomy period of my life but I thank God it is over. It was just the grace of God that kept me through that period and I would not want to comment further on that issue,” she said.

The actress who has since gotten her groove back and returned to grace the silver screen told Saturday Beats how her husband reacts when another man kisses her on set.

She said, “I am a professional so I don’t feel anyhow when I see him kiss another woman but as for me, I don’t like doing things like that in a movie. When I don’t do it well, my husband criticises me. He would tell me that I have to make it real. He would say that if I don’t do it well, it would not be real enough.

“Whenever my husband is working on any project, he shows me the script first because I would analyse it thoroughly and objectively. I am always honest with my opinion about his work because no one can tell him the truth as I would. He knows that I would not be biased”, she added.

Bukola further spoke on how she has been able to handle the teeming female fans under her husband’s spell based on his acting prowess.

“We both don’t get jealous when we are with our fans or admirers because it is something we had been experiencing even before we got married. Of course, they would not take him home after they are done talking with him or taking pictures with him,” she said.